Compile Heart has released a new information batch for Azur Lane Crosswave, revealing the first eight ship girls that are confirmed as playable characters in this naval battle RPG where you can collect ship girls and raise a fleet to embark into battles.

While introducing each ship girl with their own unique characteristics, Compile Heart also explains what roles they will have in the game's original storyline. It is also revealed that each character will have their own sub-stories to follow. You can read our translation of the character introductions below.

Azur Lane Crosswave is coming to PlayStation 4 in Japan in 2019. An English localization has not been announced yet for this console game adaptation of the popular mobile shmup RPG which has been available globally. 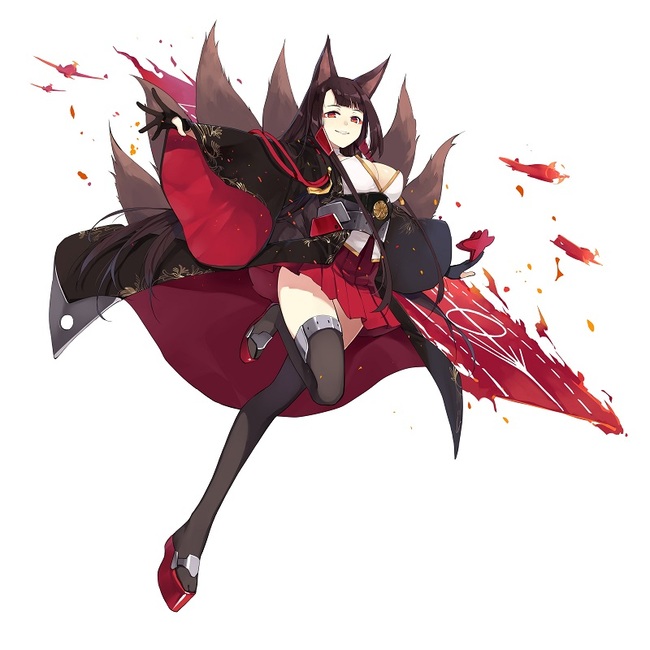 One of the top-ranked members in the Sakura Empire which has always gathered attention from every other faction due to her extreme words and conducts towards the Commander.
She sometimes looks down on others for the sake of Sakura Empire, but her own abilities are extremely high so nobody would carelessly oppose her.
Any words that come from her mouth have proper anticipations and are backed up by her strength, so her friends and enemies keep increasing in equal numbers.
She is planning and organizing the Joint Exercise, which makes a lot of people nervous for various reasons.

Sub-Story:
Akagi delivers Japanese Tea, a specialty product of the Sakura Empire, to other factions. The tea has a peculiar flavor, which produces unexpected turmoils and new friendships! 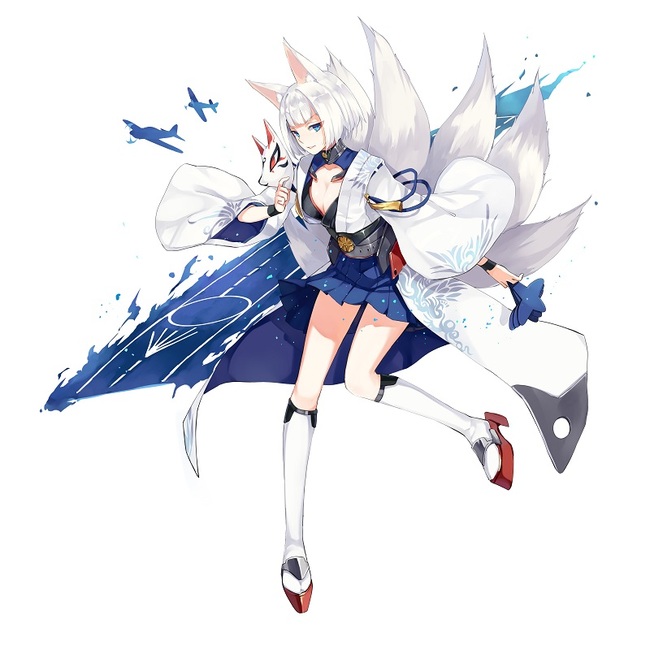 Akagi's partner. Kaga adores Akagi and calls her Big Sister. Their abilities can be compared equally.
Normally she is a straightforward person who cares about her friends, and she is often treated as an important stopper who can halt Akagi's rampage(?).
However, when it comes to battles, she has a similar way of thinking to Akagi, and she also sometimes agrees with her on this subject; that means she has a flaw that she can't be expected to act as a stopping force during battles.
In any case, behind her cold manner in speaking, she is a person with deep feelings which makes her yearned by everyone.

Sub-Story:
"How do you guide your subordinates?"
Kaga and Prinz Eugen are exchanging opinions about the above subject.
But before they realize it, the topic suddenly changes to "How to get in touch with your relatives?" 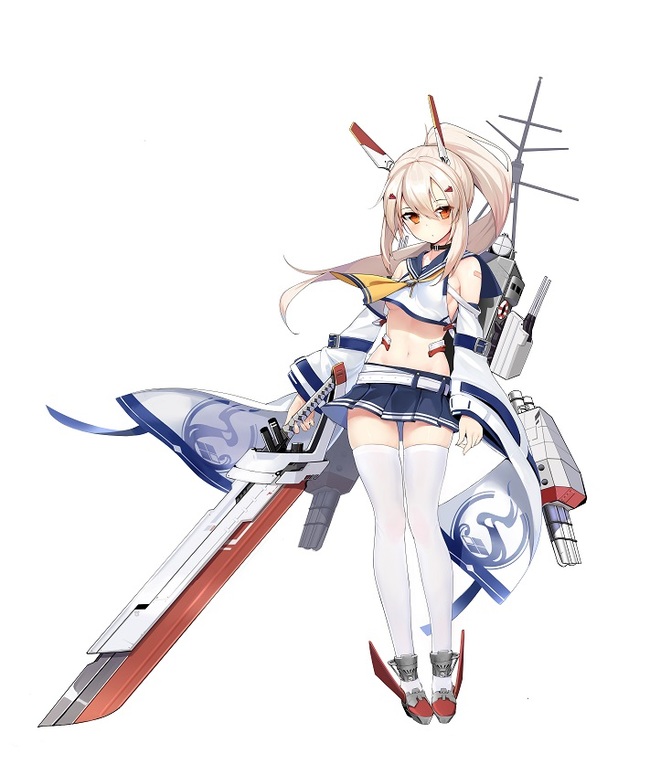 One of the veteran members of the Sakura Empire; a powerful person recognized by anyone.
She exhibits vivid battles just like a demon god, but in her normal life, she is a reserved and quiet girl.
At a first glance, she may look uninterested towards anything, but she is actually a hard worker who does her best more than anyone else when she has an obsession.
She silently does self-training in preparation for the Joint Exercise.

Sub-Story:
Ayanami has a conversation with Atago about 'likeliness to a girl'. What kind of conclusion will she come to at the end of the conversation? 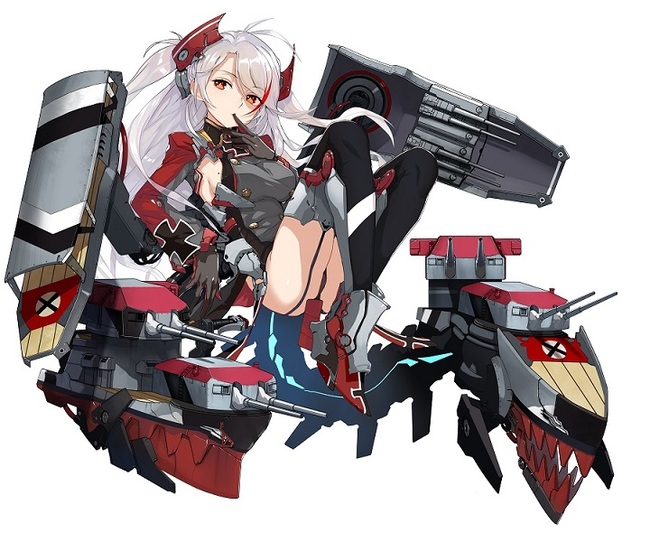 An Iron Blood elite who has the charm of an adult while also being able to use the high-tech equipment without much hassle.
Outside of missions, she always looks aloof and cannot be grasped. But on the contrary, during battles, she agitates her enemies while severely annihilating them. It's not easy to grasp her true feelings.
She normally let go of Admiral Hipper, her elder sister and colleague who tends to rush forward. But deep inside her heart, she cares for her elder sister.
The Iron Blood was very hesitant in participating in the Joint Exercise, but due to their relations with the host Sakura Empire, they cannot flatly refuse. So Eugen is accompanying Z23 as her overseer.

Sub-Story:
Prinz Eugen joins a prank study association. The topic they are having is "What kind of prank would you pull in order to make your beloved one turn towards you?"
What will Eugen say about this subject? 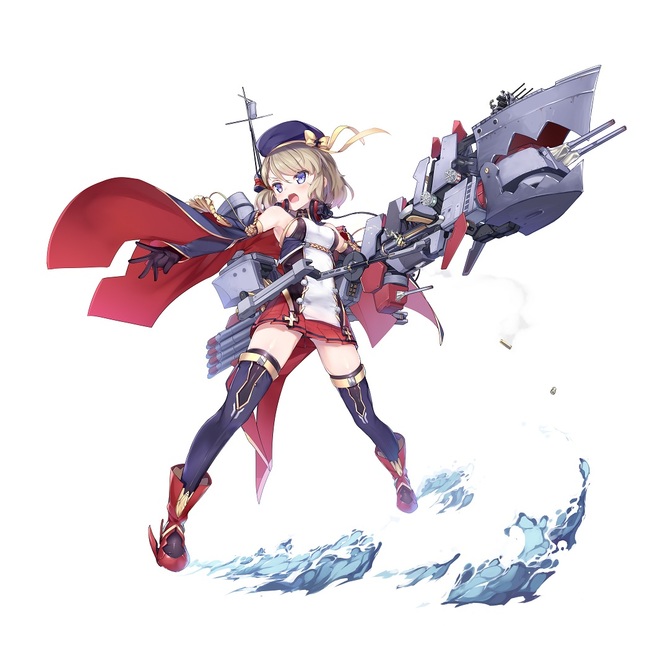 One of the members of the Iron Blood. A very ambitious girl who is enthusiastic in studying about anything. Her pet name is Niimi.
She is strict to both herself and others, but she is a serious person who can properly deal with her opponent. She often volunteers to be on coaching duty.
She is unanimously selected as Iron Blood's representative for the Joint Exercise. By pushing the pressure aside, she deals with a new stage for international relations with her friends.

Sub-Story:
Members from other factions are being invited to a technology exchange meeting. Z23 proposes a special training method, but Saratoga comes up with another unexpected proposal.
Will Z23 be able to settle the situation? 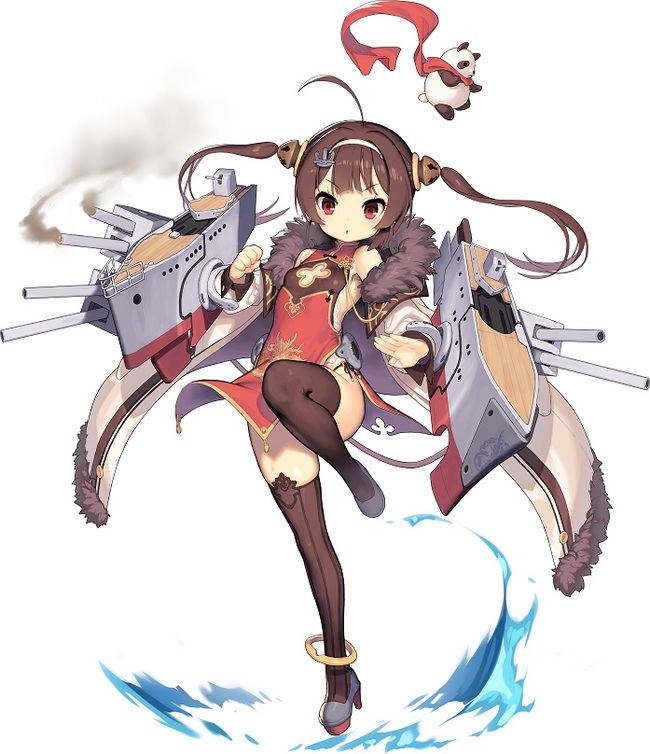 A girl from the Eastern Radiance, a state which doesn't belong to any of the four major factions. She lives a modest life with Ning Hai, her elder sister who looks very similar to her.
Although gluttonous, she'd gladly go on a rigorous training for self-restraint for her beloved elder sister.
She is invited into the Joint Exercise and makes her entry as a representative of the Eastern Radiance.

Sub-Story:
Ping Hai thinks that if she becomes a maid she can get more chances to come in contact with delicious food.
She tries becoming a maid for a day under the guidance of Belfast of the Royal Navy! 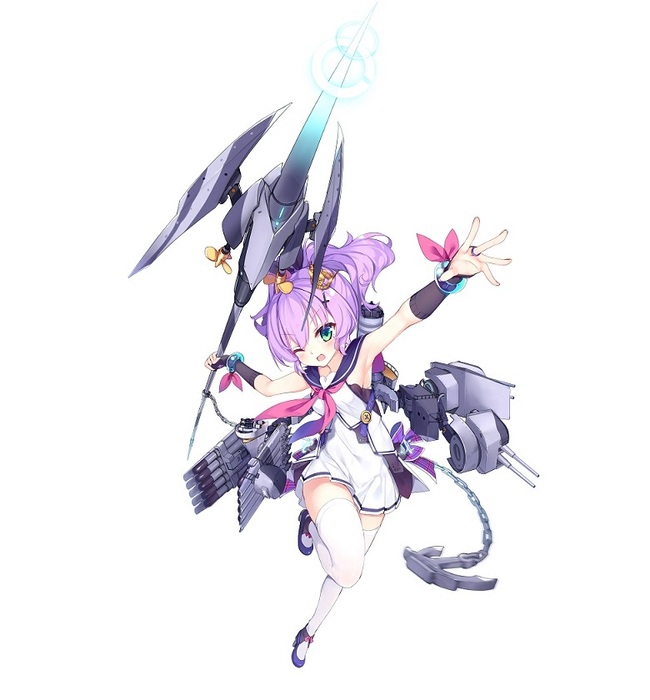 A highly cute and sly girl who belongs to the Royal Navy. She looks frivolous but highly calculating and also hard-working, continuing to do her best.
With her bright nature and communication skill, anyone will become frank to her.
She is secretly performing all kinds of demonstrations to prepare for the Joint Exercise.

Sub-Story:
Javelin cheerfully preaches the wonderful things about the Royal Navy. As she speaks with such a high heat, how will people around her depict the Royal Navy? 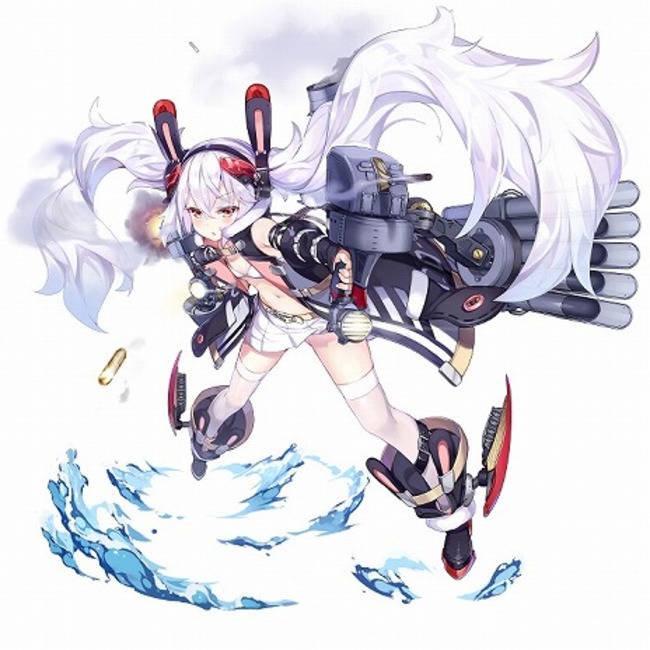 One of the members of the Eagle Union. A sleepy girl who is known for her unique characteristic with her languid speech and conduct.
Normally she is docile like a small animal, but she has a very strong emotion deep inside her, showing no mercy towards those who recklessly hurt her friends. Her battle skills are also authentic.
With such a presence, she got called to participate in the Joint Exercise, which she reluctantly joins.

Sub-Story:
Laffey got a missionary work from Portland who is vehemently promoting her younger sister [Indianapolis].
But at that time, Laffey is fighting against drowsiness! The drowsiness seems to create an unexpected synergy...