BioWare has posted a November update on their official blog, giving insight on how things are progressing with Anthem as we approach its February 22, 2019 launch date. Anthem has also been confirmed to have a new trailer at The Game Awards on December 6.

But perhaps more interestingly, the blog post gives clue on what might be the future of Dragon Age, a franchise that last saw an entry in 2014. BioWare previously teased Dragon Age projects back in August. Here's what BioWare boss Casey Hudson had to say:

If you’ve been following these blogs, or myself and Mark Darrah on Twitter, you know we’re also working on some secret Dragon Age stuff.  Dragon Age is an incredibly important franchise in our studio, and we’re excited to continue its legacy.  Look for more on this in the coming month (though I won’t tell you where to look…)

Does this mean Dragon Age will also make an appearance at The Game Awards? In any case, Dragon Age fans seemingly won't have to wait much longer for more information on the franchise. 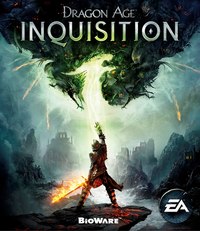