The Video Game Awards are a time to celebrate the year in gaming, but we also get a look into the next year of video games. Announced during the show is indie developer Supergiant's next game, Hades. This new title is a rogue-like dungeon crawler with a distinctly Greek flair as you try to fight your way out of the underworld. You'll live, die, and live again as you explore the dangerous underworld.

The best part? You can try the game out now! Hades is available in Early Access via the newly announced Epic Games Store for $19.99. The game's official release date has not been revealed.

Interested to see more? Here's the first set of art and screenshots for Hades:

Are you going to try out Hades while it's in Early Access?

Halo studio's next title could be an Action RPG

Imperator: Rome is the next grand strategy title from Paradox 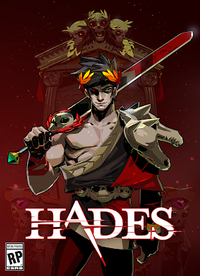