Nexon has announced that they will release mobile MMORPG AxE: Alliance vs Empire for iOS and Android devices in 2019. The game promises console-like graphics, six different classes to choose from, 75 vs 75 player PVP battles, co-operative and competitive modes, and live raids.

You can pre-register on the game's official website to get a special starter pack with in-game gear, skins, and currency. [Note: the game seems to be already available for download in some territories.]

Find two videos below - a cinematic trailer and a look at some gameplay. We also have an overview from the Google Play page below, and you can check out the official Facebook page for more.

Enter a fantasy MMORPG with massive PvP battles and fight for control in AxE. Download now! 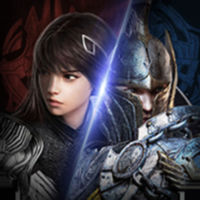