The Game Bakers - the French studio behind 2016's Furi - has announced Haven. As described succinctly by the game's official website: 'They escaped to a lost planet to be together'.

The announcement is minimal with details, but the teaser trailer and screenshot set gives a good idea of what we might expect in Haven. The game, described as an Adventure RPG, is expected to release in 2020 for both PC and unspecified consoles. You can check out the Steam page here.

Find a teaser trailer, fact sheet, and screenshot set from The Game Bakers below.

Play as two lovers who escaped to a lost planet. The only thing that matters is to stay together. A RPG to play solo or with a special someone.

We are pretty excited to share with you a first glimpse at our upcoming game Haven. Since most of you know us from Furi, well, it’s not Furi 2. Haven is an Adventure RPG about everyday love, rebelling against the rules and also, food. You play as two lovers who escaped to a lost planet. The only thing that matters to them is to stay together. The game will be available for PC and Consoles, and you will be able to play it solo, or with a special someone. We’ve been working on it for two years now, and we will share more with you soon. To stay posted, don’t hesitate to wishlist the game on Steam, join us on our Discord or register for our very occasional newsletter here thegamebakers.com/haven 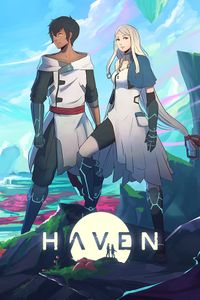