Azur Lane Crosswave details all modes in the game

Compile Heart has been releasing a lot of information on Azur Lane Crosswave in quick succession this week. After previously revealing new ships and a new gameplay trailer, they have today published more screenshots while posting details on all modes that can be accessed in the game. You can check the screenshots, as well as a rundown of the game modes, right after the jump. 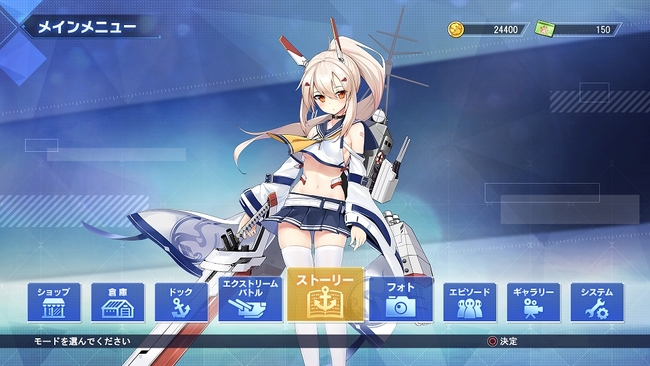 You can set your favorite character as a secretary that will guide you through the main menu. Also, apparently you can do more things with your secretary after fulfilling some requirements.

Other than the main modes to be listed below, players can also access the Shop, Warehouse, and Dock menus to strengthen the fleet, the Gallery menu to preview story and conversation events, and the System menu to change settings such as the battle difficulty level. 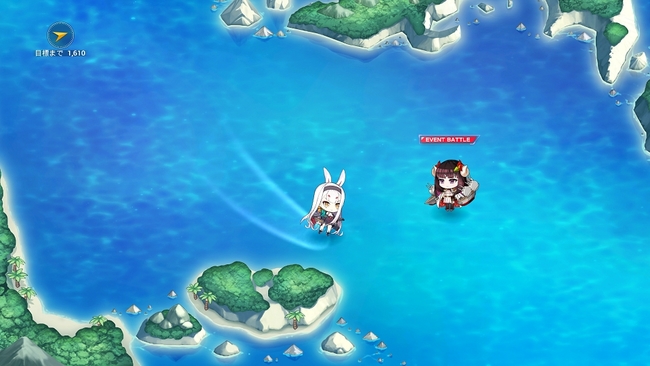 The Story mode has an original storyline told from the perspectives of the brand-new ships Shimakaze and Suruga. The player's fleet will be placed on a map that differs for each chapter. Events and items are scattered all around the map, and it's up to the player to move the fleet to those points.

Finishing battles will reward many items that can be used to strengthen characters in the fleet. You can also collect A-Points which will be used to scout characters other than Shimakaze and Suruga to join your fleet. 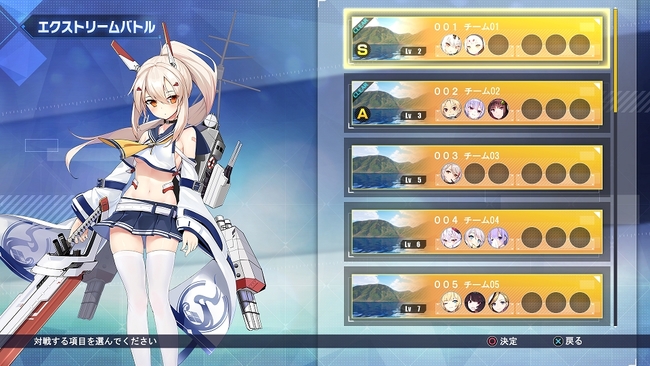 Top-class strong enemies are awaiting challenge from players in this mode, so it is best to access this mode once you have gathered enough equipment and characters. If you win, you may be able to obtain even more precious equipment. 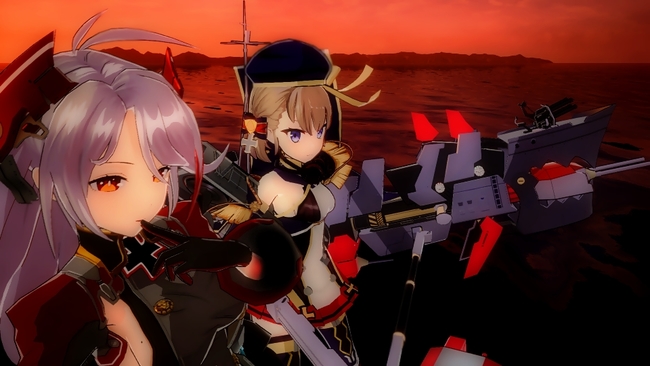 A mode where you can take photos of 3D characters. Line up to 3 characters with any poses in a free stage that has no enemies, and take the best screenshots that you can share. 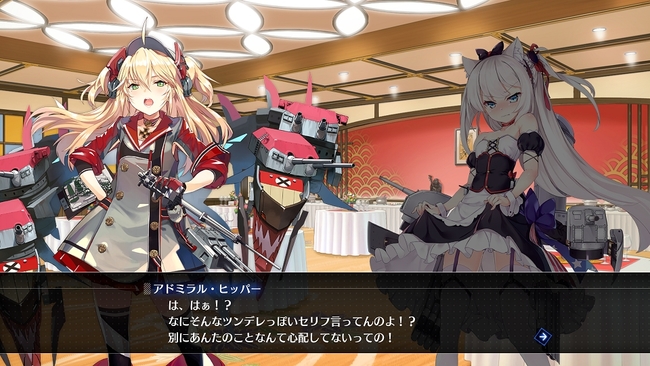 You can watch hidden events that are unlocked by fulfilling requirements. You can get to know a new side for each of the 66 characters that appear in this game. All conversation events will be fully voiced.

Azur Lane Crosswave will be released for PlayStation 4 in Japan on August 29. An English localization for this game has not been announced yet.