An additional Vampire: The Masquerade RPG is in development, more information to come at this year's Gamescom

French publisher Bigben Interactive recently held their annual 'Big Ben Week',  where the company presented its current works in progress to press and partners. Nested within the announcements is a small, surprising hint about a new game under the Vampire: The Masquerade license. No, this isn't Bloodlines 2, which is in development at Hardsuit Labs, this seems to be something else entirely. Described as a 'narrative RPG', it looks like The Council developers Big Bad Wolf are on board for this new project.

In a short press email detailing the announcements of the event, a very limited description of the new game was provided:

After a first foray into the World of Darkness universe with Werewolf: The Apocalypse - Earthblood, BIGBEN is proud to announce that its partnership with Paradox will be extended and that a game under theVampire: The Masquerade licence is in development. Developed by Big Bad Wolf, creators of the episodic adventure game The Council, the game aims to define a new genre: the narrative RPG, inspired by the rules of the tabletop RPG. The studio will share more information at Gamescom in August.

Additionally, a sizzle trailer of Bigben Interactive's current projects does also show the Vampire: The Masquerade V5 logo among its footage. There are otherwise no concrete details here at all, but it's interesting to suddenly have two games in development under the Pen-and-Paper IP nonetheless.

One interesting thing to note is that this is not Bigben's first time working with the fictional universe in which Vampire: The Masquerade tales place. They are also working with Cyanide (Call of Cthulu, Blood Bowl) on Werewolf: The Apocalypse - EarthBlood, also under the World of Darkness banner. Add in Bloodlines 2 and we're now surprisingly up to three World of Darkness games in development. 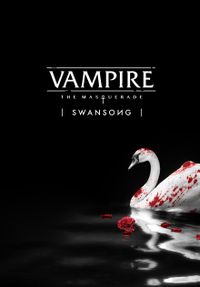