Only a day after a surprise tease for what seems to be Baldur's Gate III, Beamdog and Skybound Games have announced release dates and pricing for the console editions of Baldur's Gate Enhanced Edition, along with Baldur's Gate II, Planescape: Torment, Icewind Dale, and Neverwinter Nights.

The console editions of the classic titles were first announced in February, but details about the release were not evident at the time. Every title is slated for September 24 for North America and September 27 in Europe, with the exception of Neverwinter Nights, which is coming on December 3 (December 6 for Europe).

For the physical editions, Baldur's Gate I and II will be packaged together, Planescape: Torment and Icewind Dale are also paired up, and lastly Neverwinter Nights is available separately. Each physical release is priced at $49.99. Each game will also be available separately digitally on PlayStation Store, Xbox Games Store, and Nintendo eShop, but no pricing was given. For reference, they are $19.99 on Steam currently.

A short one minute trailer showcasing some footage can be found below.

Here are the details from the press release further detailing each release package.

Physical editions of Neverwinter Nights: Enhanced Edition will arrive at major retailers on Dec. 3, 2019 in North America and Dec. 6 in other territories, while the other titles will arrive earlier, on Sept. 24, 2019 in North America and Sept. 27 in other territories. All physical editions will be released for the PlayStation 4 computer entertainment system, Xbox One and Nintendo Switch. Available for $49.99 each, these special boxed editions include:

Neverwinter Nights: Enhanced Edition: The 2002 Computer RPG of the Year and all its DLC deliver 10 standalone D&D-based adventures featuring co-op and online multiplayer.

Finally, here are collections of screenshots and box arts for each release. 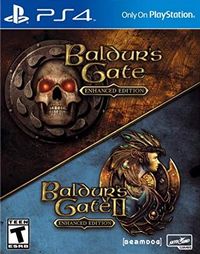