XSEED has posted a new trailer, fact sheet, and screenshots/art for Heroland.

Welcome to Heroland—a bright, tropical theme park resort where anyone can explore dungeons, beat up baddies, and become a legendary hero! …Except for you, that is. You work there as a tour guide.

Meet Lucky, an unexceptional part-timer from the countryside who applied to Heroland to support his hungry family. Little does he know, his first guest is as prestigious as they come—the spoiled Prince Elric of the Knowble Kingdom, who’s fallen from his former glory…all the way to 18th in line for the throne. Elric’s quest is simple, but his goals are lofty: Defeat the Dark Lord and regain his rightful place as Knowble’s first in line!

On their journey, however, Lucky and Elric realize they’ve gotten into more than they bargained for as they begin to unravel the mysteries behind Heroland’s history. It’s a big journey for one prince and his pauper guide, but they’ll have some help along the way! Together with a sassy fairy companion, legendary heroes of old, phantom thieves, and upright knights, there’s nothing this team of ragtag adventurers-slash-tourists can’t do!

The Heroland theme park offers guests an authentic RPG-style adventure for a price, but when a scruffy young park guide and his guests uncover ulterior motives by the organizers, legends become reality, and guests must take the fate of the park (and the world!) into their own hands. Created by an all-star development team consisting of key people behind MOTHER 3, Legend of Mana, and Fantasy Life, this 2D adventure brings not only a host of quirky heroes and their unique abilities to join your party for a new take on classic RPG-style combat, but also a colorful cast of monsters employed by the theme park, many with their own stories to tell!

As a Hero tour guide, you have the power to choose what your party does, and when! Customize your heroes’ strategies, weapons, and more, including taking home some treasure to decorate Lucky’s room to your liking!

A Wide Variety of Unique Heroes

Over 20 characters to guide and befriend, each with their own unique and entertaining quests and storylines! Overzealous knights, high school girls, pretentious princes and a casually nihilistic otter—or is he a human? No one knows for sure, but they’re all here at Heroland!

It Takes Some Legends to Make a (Part-time) Hero

XSEED Games has announced that they will bring 'WORK x WORK' to North America as Heroland. The game is set to release in 2019 for PlayStation 4 and Nintendo Switch, and it will be playable on the show floor next week during E3 in Los Angeles.

Find a description and screenshot set below via XSEED. We've also included a Japanese version trailer for you to check out some footage. 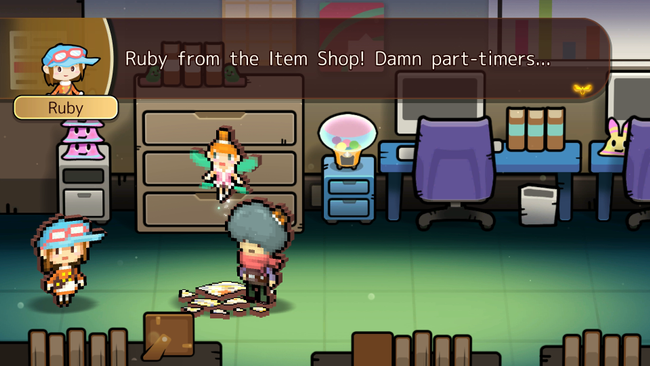 Put on your nostalgia goggles for this single-player RPG about a theme park where guests can explore dungeons, beat up baddies, and become legendary heroes—while the player assists from the sidelines as a tour guide! Released in Japan as WORK x WORK, this tale of princes and pixels is told by over 20 quirky characters, including overzealous knights, an irascible otter, and... *checks notes* man-eating broccoli? When the Dark Lord's monsters are also your coworkers, it's hard to draw the line between work and play! Directed by Takahiro Yamane (Fantasy Life), written by Nobuyuki Inoue (Legend of Mana), set in a colorful 2D world created by Nobuhiro Imagawa (MOTHER 3, Legend of Mana), and jam-packed with Tsukasa Masuko’s (Shin Megami Tensei) whimsical tunes, this adventure is one that cannot be forgotten!

Developed by FuRyu and published in North America by XSEED Games, Heroland is in development for a 2019 launch.

XSEED Has No Plans to Localize Unchained Blades EXXiV 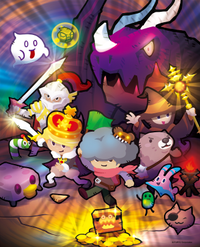