During the E3 2019 Nintendo Direct, we learned that a Seniken Densetsu 3 was finally not only being localized, but also remade as Trials of Mana. So on top of the 2017 Seiken Densetsu Collection finally being available in the west, we also have a brand new remake to look forward to next year.

The Trials of Mana Remake is scheduled for a 'early' 2020 release for Nintendo Switch, PlayStation 4, and PC via Steam. The Collection of Mana pack for Nintendo Switch is available now digitally on the Nintendo eShop, and releasing physically on August 27. 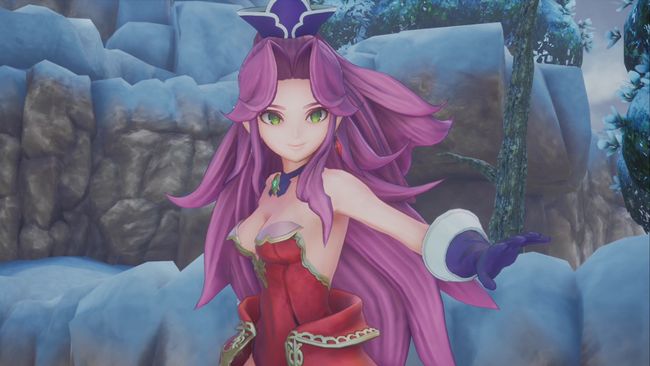 You can check out the teaser trailer for the newly announced remake below, as well as a bundle of debut screenshots and a little bit about the game from Square Enix.

Trials of Mana is a full high definition remake of the third entry in the Mana series, previously exclusively released in Japan in 1995 as Seiken Densetsu 3. Trials of Mana tells the story of six heroes in their battle to defeat monsters of destruction trying to take over the world whilst the power of Mana has been weakened. Players can customise their own party of three, selected from six unique characters, to experience different stories.

Collection of Mana is the bundle of the three "Mana" titles for Nintendo Switch, released in 2017 near the systems launch. Known as Seiken Densetsu in Japan, the three titles are as follows:

You can see the launch trailer of the Collection of Mana below, along with some images and more details from Square Enix.

SQUARE ENIX also revealed that Collection of Mana™ is now available via digital download from the Nintendo eShop. Collection of Mana ushers players into the enchanting world of the Mana series with the first three classic titles in their original form, FINAL FANTASY Adventure/Mystic Quest , Secret of Mana and, for the first-time in the West, the release of Trials of Mana. The three game compilation now includes a convenient quick save feature, and allows players to adventure with friends through a local multiplayer mode in both Secret of Mana (up to 3 players) and Trials of Mana (up to 2 players).

Collection of Mana Screenshots and Artwork

Trials of Mana Benevodons Order: Benevodon battles and how you should tackle them