As if Persona 5 wasn't long enough already, Persona 5 The Royal is on the way, adding a bunch of additional content and tweaks to the base game for an improved, definitive version of the story of the Phantom Thieves. Today, thanks to a new 'Morgana's Report' video on the official Atlus Japan YouTube, we've got a little more information about the game.

The video is all in Japanese, but for those of you who don't speak the language, we've translated the key new details below. 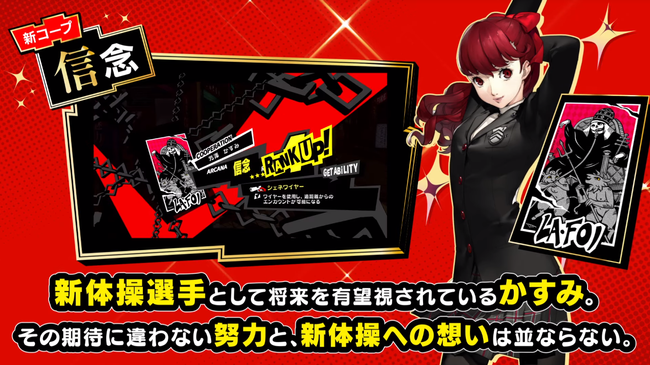 Kasumi is an all new party member for the Phantom Thieves in P5R, and as it stands right now we don't know an enormous amount about her. The video details a few new key things about her:

Other new Persona 5 The Royal Details

The video also goes over a few other interesting details about changes and additions in P5R. The official website has also updated, and we've collected the new screenshots in the gallery.

Persona 5 Royal Screenshots show new Personas, activities, and other additions to the re-release