The latest issue of Famitsu magazine held an extensive interview with Square Enix's Tetsuya Nomura, touching on many different subjects and games. This included several in-depth details for not only Final Fantasy VII Remake but also the upcoming Kingdom Hearts III ReMind DLC.

You can find our summary of the interview below.

The interview began by talking about Kingdom Hearts III ReMind. Other than the literal meanings, ReMind can also mean "Regenerating the Mind". The main purpose of the trailer that has been published earlier is to show features included in the additional scenario, but Nomura noted that while most of the content shown there would be part of the paid DLC, Sora's new form and new Keyblade Promise Charm will be available as free DLC on the same day ReMind comes out.

As the trailer showed that more playable characters, such as Riku, Roxas, and Aqua are being included. Nomura added that as the player progresses through the DLC scenario, there will be places where the player can choose the character to be controlled. While Nomura still can't talk much about the Limit Cut Bosses, but he is aiming for the number of bosses in Kingdom Hearts II Final Mix, which would be about 13.

Finally, when asked if the Winter release timeframe could put it in either holiday season or after new year, Nomura said that while he still can't show some of the content as they might be subject to re-examination from the CERO rating board, he wants to have it released as soon as possible because he doesn't want it to be too close with Final Fantasy VII Remake. 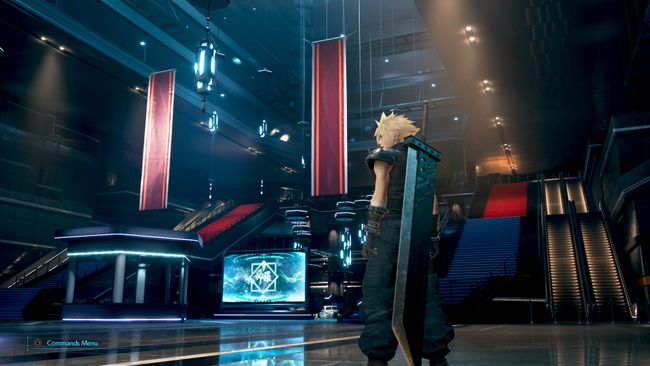 And that moves the topic right away to FF7R. When Sephiroth appeared in the new trailer, Nomura noted that it is a newly added scene about an illusion appearing in Section 8. When Famitsu tried to connect the mention of Watchmen of Fate with the shrouded figures surrounding Cloud and Aerith, Nomura also noted that those are mysterious beings newly added in FF7R which will appear in the path of the main characters. By wondering who these Watchmen of Fate are, Nomura wants people who have played past titles to also enjoy the new features.

Nomura then confirmed that FF7R will also allow player choice in conversations, and they've prepared character reactions as well as brief events for each choice, which add into the game's volume. He also made a mention of the cross-dressing scene at the Honey Bee Inn, where the inn will be re-arranged in a more modern style in this remake. The team had to re-adjust things that don't fit with the world settings and visuals, as it would feel very off if the scenes were to be re-enacted as they were in the original.

FF7R will add a lot of new scenarios and events - such as one where Cloud and Jessie are getting away with a bike - which brings the necessity of two Blu-Ray discs in the package. However, Nomura reiterated that they are still following the original story and the main storyline should not change. 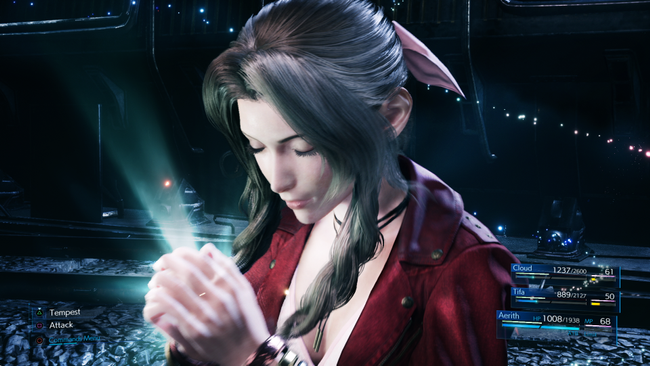 The interview then talked about Aerith and Tifa, who are being positioned as double heroines in this game. Nomura wants to emphasize Aerith's beautiful visage with a Western-style appearance and her naive-and-innocent personality, creating such a gap between her outside (looks) and inside (personality). He also does the same to Tifa; he wants her to look pretty with an Eastern-style appearance. Although Tifa's costume is much more revealing, her personality is more reserved.

Famitsu then asked on whether Tifa's costume is being refined. Nomura answered that as he wants to make the visuals very realistic, he uses clothes and accessories from the real world as references. For example, Tifa's suspender is based on the ones used in the military, while the gloves are based on those used in martial arts and motorcycle riding. He doesn't change her overall silhouette from the original image while adding more details to such costume parts.

Famitsu then asked more about Tifa's design, which we've translated as follows:

Famitsu: Tifa has large breasts, so aren't you keeping that in mind for the way you're drawing her?

Nomura: First, as we wanted Tifa to have more abdominal muscles, we're making her to be closer to an athlete's style. And then there was also a request from the ethics division within our company that there's a need to constrict her chest so that it won't feel unnatural during intense actions. From there, her upper costume - which used to be very simple - is being designed to be sporty by keeping mind of fitness with a black underwear and a tank top that fits on her body.

Before changing the topic, Nomura also talked about Sephiroth, who had to be adjusted until just before the announcement. They had to include his 'fascinating' feature in which there is something scary about him despite his beautiful looks. The scene shown in the trailer was initially only emphasizing the scariness through the lighting from the flames, so Nomura and the team had to work hard to adjust the nuance. There are also more accessories added to his attire, and they used Dissidia Final Fantasy as a reference for this. They also added more details to his coat, including a stitching pattern which is supposed to resemble black feathers. 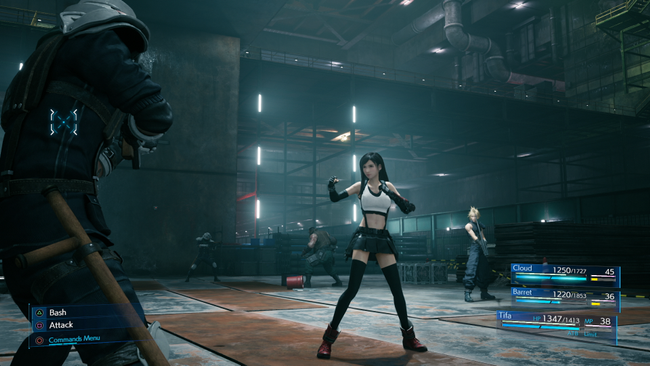 The topic then switched to the battle system, which has been worked into a hybrid system [you can check out our impressions of the E3 Demo]. Although action serves as the basis, Nomura also wants it to be enjoyed by people who wish for a command-based RPG. The action parts emphasize senses of presence and exhilaration, so it can be played without inducing much stress by using features such as shortcuts.

But it doesn't mean FF7R will have a continuous high-speed action where players cannot rest their hands, as using the ATB gauge will open up a command menu that slows down the time, giving players time to think just like in command-based RPGs. It is up to the player's own style and skill on how they utilize this command menu; one can use it to increase strategic elements, or one can even have more action-oriented gameplay if they wish for it.

Nomura then reiterated that in Final Fantasy games, players can see values such as HP and damage, and they can also check or manage resources such as MP in the command menu. Switching character is also an important strategic aspect as each character has their own unique ability that corresponds to certain enemies. He uses the Guard Scorpion battle as a good example of this: Its close-range attacks won't reach the character when clinging onto a wall, so it is best here to control Barrett and use his projectile attacks. While Cloud can also use magic, it will consume his MP, so players will need some resource management in using items to recover his MP.

Nomura also stated that the Materia system in FF7R is basically the same as the original, in which there is a strategy in putting certain Materias into weapon and equipment slots. The equipped Materia will be now shown visually as well. As the battle system is being revamped, there will be new Materias added, as well as some of the old Materias removed.

Finally, Nomura also confirmed that while enemies from the original work are the ones to mainly appear in FF7R, they are also preparing new enemies on places where it's necessary to make such additions in the level design, which is being revamped in accordance to the 3D transition. Enemies that looked exorbitant in the original version will also become more realistic here. 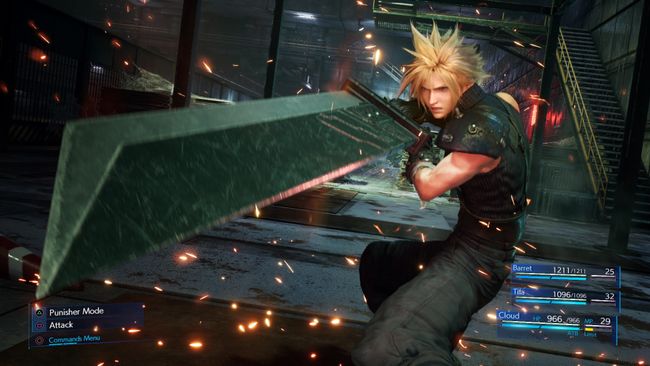 Final Fantasy VII Remake will be released for PlayStation 4 on March 3, 2020, while the Kingdom Hearts III ReMind DLC will be out earlier within this Winter.

Final Fantasy VII Remake and Kingdom Hearts III development will "still be a while", says Nomura

Tetsuya Nomura: Kingdom Hearts III may not have dual audio due to disk space constraints