Square Enix and Nintendo have today released a free demo for Dragon Quest Builders 2, which includes two locations in the game - the tutorial area and the Isle of Awakening. The demo can be found on PlayStation Network or Nintendo eShop.

While it doesn't seem like playing the demo will allow progress to transfer to the full game, you can get a taste of the new mechanics and features before the full launch in a few weeks.

At E3 2019, we got a chance to sit down with Noriyoshi Fujimoto (Producer), Takuma Shiraishi (Producer), and Kazuya Niinou (Director) to discuss Dragon Quest Builders 2 and the series as a whole. You can find their comments here.

Dragon Quest Builders 2 is set to release for PlayStation 4 and Nintendo Switch on June 27. 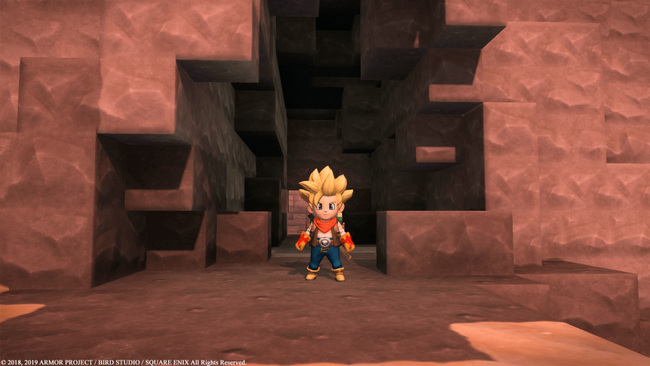 The demo allows players to choose a boy or girl builder and includes two parts from the game including the Tutorial and Isle of Awakening areas. Additionally, the demo will give builders a taste of the gameplay while introducing the brand new story and characters, as they prepare in their battle against the Children of Hargon to bring the power of creation back to the land. DRAGON QUEST BUILDERS 2 launches on July 12, 2019.

DRAGON QUEST BUILDERS 2 is a charming block-building role-playing game and completely standalone experience featuring new characters, an expansive world, unlimited building combinations, and a storyline that’s sure to satisfy long-time fans and newcomers alike! For those new to the game, the recently released “World of DRAGON QUEST BUILDERS 2” showcases the new building mechanics and tools for players to build and harvest, a variety of locations to explore underwater and above ground, and powerful attacks builders can use on the battlefield to defeat monstrous beasts. To view the trailer, visit: https://youtu.be/fDzU4EnSLeQ.