Capcom has provided a large set of new screenshots for the incoming expansion Monster Hunter World: Iceborne. While there are some screens showing of the new hub Seliana and announced monsters like Barioth, the primary focus of these new images is to show off a trio of new subspecies for the game, joining the Acidic Glavenus, Fulgur Anjanath, and Ebony Odogaron.

The three new subspecies are the water element Coral Pukei Pukei, poison element Viper Tobi-Kadachi, and the Nightshade Paolumu. A trophy leak has also suggested the presence of a Ruiner Nergigante. While no press release or blog post accompanies these images at the moment, a lot of new gameplay videos have gone up showing off several of the new monsters (Game Informer, IGN, Easy Allies). 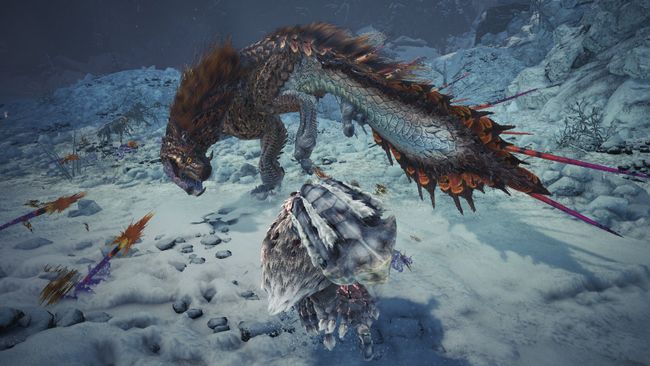 Monster Hunter World: Iceborne is set to launch on September 6 for PlayStation 4 & Xbox One, while the PC release will follow in January. In case you missed it, you can find a developer update, artwork, details, and screenshots from June here.