11 bit studios and Dead Mage have announced that indie roguelike RPG Children of Morta will launch for PC via Steam, GOG, and Humble Store on September 3. The PlayStation 4, Xbox One, and Nintendo Switch versions of the game will land a little later on October 15.

Children of Morta is described as a story-driven roguelike RPG featuring pixel art, a narrative centered on familial ties, hack-and-slash gameplay, and six different playable characters. It has been in development for several years now, originally having been Kickstarted in 2015.

Find a new trailer below.

In case you missed it, you can check the announcement overview, pricing details/availability, and screenshots here. 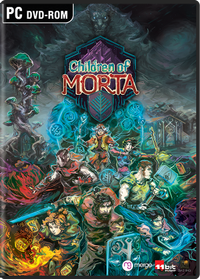