Capcom has announced a new beta test session for Monster Hunter World: Iceborne, giving players one more chance to try the expansion before it officially launches next week. The beta session on PlayStation 4 will commence from August 30 12:00 a.m. to September 1 11:59 p.m. And this time the beta will be also available on Xbox One from September 2 12:00 a.m. to September 4 11:59 p.m. All times listed are PDT.

Whether you missed the previous beta session or not, there will be a new reason to play this beta if you are interested in getting the full release, as it adds the highly challenging quest Velkhana of the Frost, where you will attempt to slay Iceborne's flagship monster Velkhana in the Elder's Recess within 15 minutes. Those who are able to complete this quest will be able to receive the A-List Certified Pack, which contains a lot of useful items, in Iceborne's full release.

As long as you have the corresponding console and online account, you will be able to download the beta client and access the single-player quests within the allocated time, although this client will require an always-online connection even when playing solo. However, you may need to have a PlayStation Plus or Xbox Live Gold subscription in order to enjoy multiplayer. 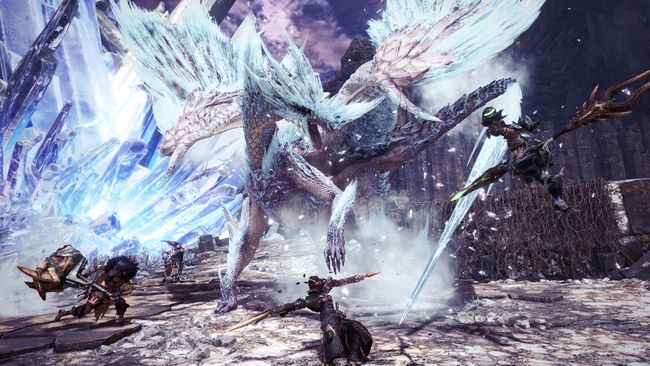 Monster Hunter World: Iceborne will be released for PlayStation 4 and Xbox One on September 6. The PC release will follow later in January 2020. You can also read our hands-on impressions of this expansion from E3 2019 right here.