Australian indie studio Drop Bear Bytes has announced Broken Roads, the studio's debut title. Broken Roads is described as a blend of established and new role-playing elements into a traditional isometric RPG. The game is planned for release on PC, PlayStation 4, Xbox One, and Nintendo Switch in 2021. 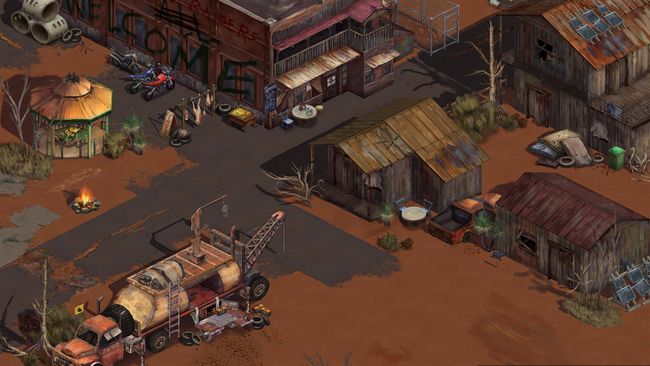 Founded by veterans from development studios such as Riot and Ubisoft, Drop Bear Bytes clearly draws inspiration from the classic Fallout games, putting an Australian twist on things. As described by the developer, Broken Roads 'tells the story of a group of companions as they make their way across Western Australia, encountering new friends, overcoming terrible enemies, and uncovering a mystery behind ever-stranger happenings in the Never Never.'

The game exhibits real-time exploration, turn-based combat, hand-drawn artwork throughout. Environment art is also being assisted by Mighty Vertex, the art studio behind the visuals in Harebrained Schemes' Shadowrun series of RPGs. 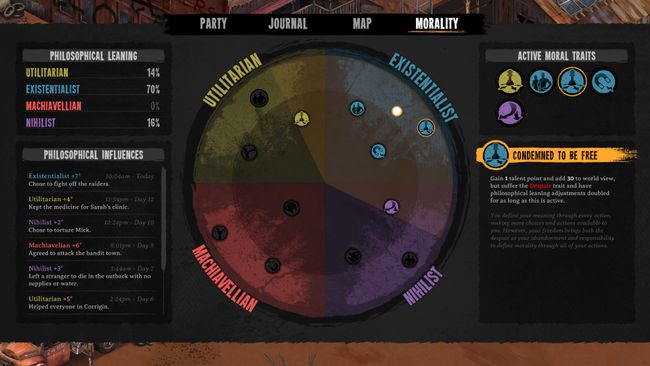 The game's key mechanic is called Moral Compass - a take on a morality system. Dialogue options and quest decisions can be influenced by and contribute to a character's philosophical leaning. This leaning can alter available choices, as well as open up something called 'Moral Traits', which seem to act like passive feats.

Find a pre-alpha trailer, description, and screenshot set from Drop Bear Bytes below. The official Twitter account is here. Broken Roads will also be shown off at PAX Australia on October 11-13.

Born of a love for traditional computer role-playing, Broken Roads is an upcoming isometric post-apocalyptic RPG providing a rich, engaging narrative and an all-new morality system. Using fixed-camera, hand-drawn isometric props and environments, the game will allow players to experience a ravaged future in a story of survival, introspection and community as they make their way across a desolated Australia.

Eldest Souls is a subversion of the souls-like genre