More details have surfaced about the upcoming free update content to Monster Hunter World: Iceborne. This info comes from the PlayStation 4 event listings page and new trailers released by Capcom. 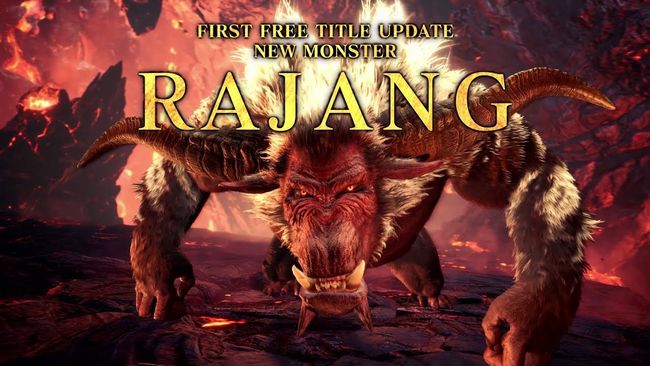 First, on October 10, the previously revealed Rajang will be added to the game, as well as a new Volcanic region to explore. The update will also add the ability to invite other players to your room and a new music player. Check out the update details below.

In the first free update for Monster Hunter World: Iceborne, hunters will be tasked with tangling with the fearsome Rajang in a new special assignment.

Complete the quests given to you by the Admiral to receive a special Rajang Claws pendant.

In addition, there’s more to explore in the Guiding Lands as a new Volcanic region appears. Delve deep into this new region to obtain materials to further customize your weapons and armor!

And that’s not all! You’ll now be able to hang out with other players in your room! use the new music player to change the music in your room and show off your favorite equipment with the all new equipment display.

Siliconera has translated the upcoming roadmap, which you can find below alongside a set of trailers for the update content.

*Update: This collaboration was revealed to be with Resident Evil 'Leon & Claire', and the fan contest weapon is the Black Eagle.