The last time we heard about the PC version of Monster Hunter World: Iceborne was back in late July, when Capcom had narrowed their Winter release window down to January. Today, we've got a final date for the release, as Iceborne will be landing on Steam on January 9. This puts Iceborne's PC release about 4 months behind the console launch from back in September, compared to the 6 month console-to-PC difference from the base game in 2018. 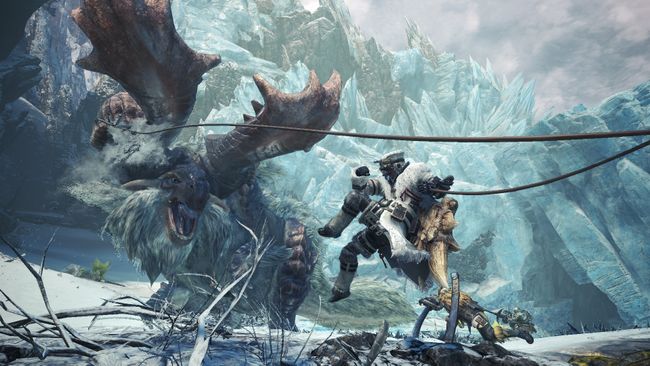 Celebrating the release, Capcom has put up a new trailer on their Youtube channel, showing off 4k 60 fps gameplay, as well as highlighting some PC specific features, such as Ultrawide monitor support as well as an optional High Resolution Texture Pack. Both of these were added to the original PC version of Monster Hunter World after launch, while Iceborne will also add DirectX 12 support alongside improvements to mouse and keyboard controls.

In addition to this, Capcom has also provided a PC Roadmap, which states a goal to "fast-track" the PC development pipeline so to catch up with the console versions and begin to have release parity. The Rajang and  Resident Evil collaborations are coming first in February. 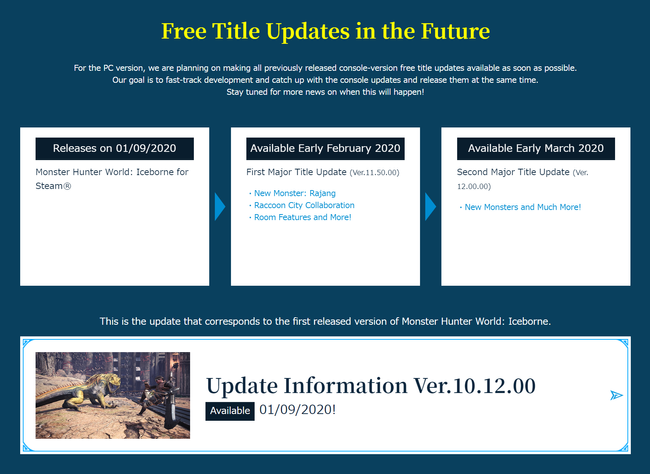 Pre-orders of the expansion on Steam will allow players to nab the Yukumo layered armor set, while the Digital Deluxe version adds the Silver Knight layered armor as well as gestures, room decor, and additional character customization options. A 'Master' Edition containing both the base game and Iceborne will also be made available on January 9.

Finally, we've got images from the PC version collected in the gallery below. In case you missed it, Iceborne was one of RPG Site's elusive 10/10s when we reviewed it last month.

Monster Hunter: World PC is coming out on August 9

Monster Hunter World: Iceborne launches on September 6 for PlayStation 4 and Xbox One, PC version in January