Spike Chunsoft has published new information for Katana Kami, a hack-and-slash spinoff title of the Way of the Samurai series first revealed at TGS 2019, where they explained the gameplay systems in more detail. 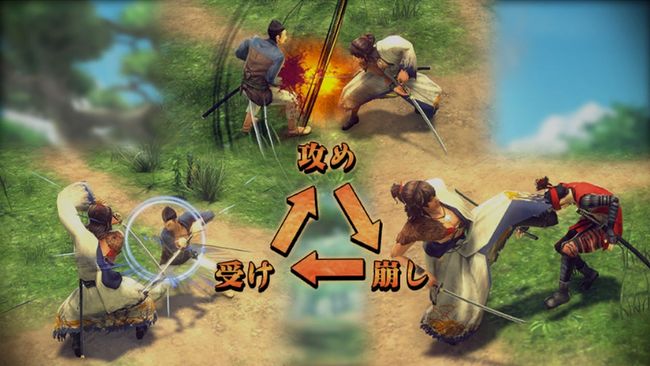 The basic combat system will revolve around a triangle of action types: Attacking with normal attacks, Receiving with defensive and evasive actions, and Breaking with actions such as kicks and throws that can break an enemy's guard but are ineffective against normal attacks.

Parrying or evading an enemy's attack at the perfect timing will allow the player to unleash a powerful Kiwami attack. If this attack kills an enemy and there is another enemy nearby, they can press the button at the right timing to chain the Kiwami attack. This chain can continue as long as there are more enemies nearby and the Kiwami attack can kill the hit enemy. 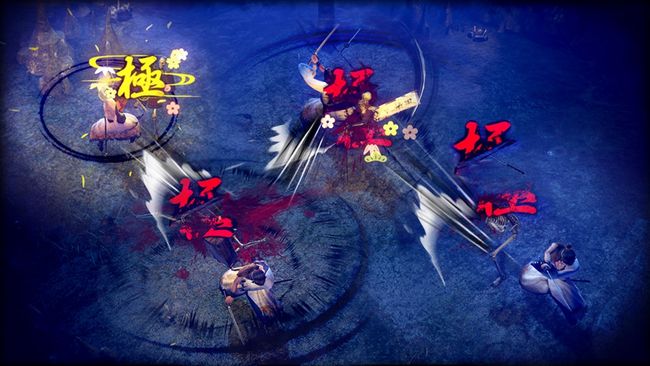 The player's sword condition will also determine some gameplay stats. When the sword is unsheathed, the player is always prepared to unleash attacks against impending danger, but the movement speed will be decreased. Sheathing the sword for a set period of time will imbue it with a Buff that lets the player deal more damage or unleash a powerful wide-range attack.

As the player beats enemies inside the randomly generated dungeons, they can gather Orbs that are used to fill the Orb Gauge, which if full will let them activate Katana Time that temporarily grants numerous buffs such as increased movement speed, non-decreasing stamina and sword durability, and not getting flinched from enemy attacks. The Orb Gauge can be filled up to 3 levels; while one level is enough to activate Katana Time, filling all three levels to the max will let the player unleash the strongest Finisher attack that differs based on the weapon's stance. 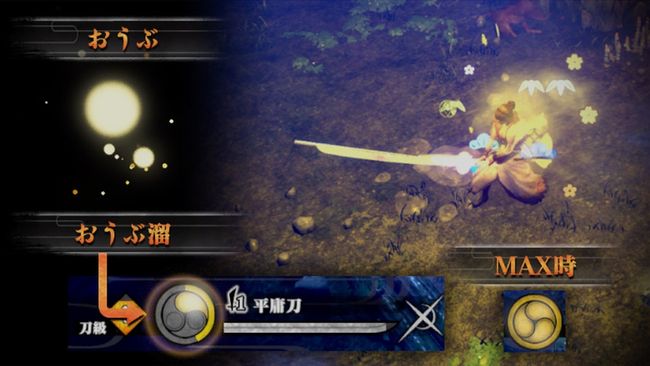 A weapon will have its own level separate from the character's level. While the latter will be reset every time the player returns from a dungeon, weapon levels will still be retained. But if the player gets knocked out inside the dungeon, they will lose all the items they have in possession.

With over 100 types of weapons available in Katana Kami, each of them will come with one of the following nine stances with different effects:

Katana Kami will be available for PlayStation 4, Nintendo Switch, and PC via Steam in Japan in early 2020. A listing for Katana Kami: A Way of the Samurai Story has also been recently discovered in the Australian rating board, which should signify that the English localization could be announced soon.

Spike Chunsoft's 'Katana Kami: A Way of the Samurai Story' rated in Australia

Katana Kami: A Way of the Samurai Story to release on February 20