Ys: Memories of Celceta to release on PlayStation 4 in North America & Europe in Spring 2020

XSEED Games and Marvelous Europe have announced that Ys: Memories of Celceta will release for PlayStation 4 in North America & Europe in Spring 2020. The PS4 remaster released in Japan earlier this year and previously released on PC in Summer 2018.

The game will also feature both Japanese and English voices for the first time, and the Japanese voice track will be added to the PC release as a free update in the near future.

The game will cost $29.99 digitally on PlayStation Network. A $39.99 special physical edition - titled the Timeless Adventurer Edition - will also be available at participating retailers. Find details on this, a trailer, and set of screenshots below. Pricing & availablity in Europe to be detailed at a later date. 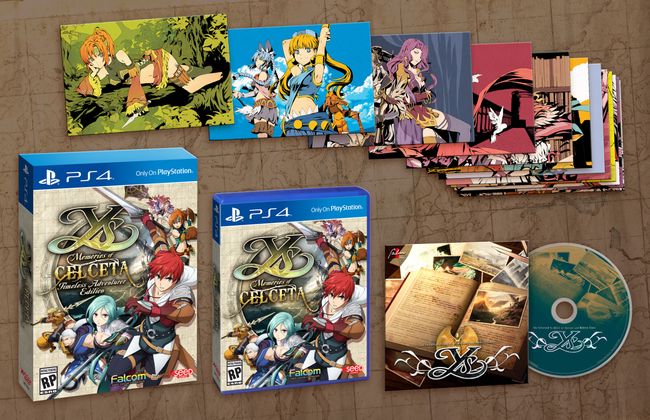 The physical day 1 Ys: Memories of Celceta “Timeless Adventurer Edition” will be available for preorder soon for a MSRP of $39.99 at the XSEED Games Store and other participating retailers, and is the only version that will be available at retail at launch. The game will come packaged with a special soundtrack CD that was part of the “Ys 25th Anniversary Pack” in Japan, containing 9 re-arranged songs from Ys I through Ys SEVEN and Ys Origin along with another 5 songs from the original MSX release, as well as twelve 4” x 6” art cards highlighting various heroines from Ys lore.

Nihon Falcom to release Ys: Memories of Celceta for PlayStation 4 in Japan on May 16

NIS America to publish Ys: Memories of Celceta in Europe in early 2014

Ys: Memories of Celceta dated for November 26 in North America