During this year's Granblue Fantasy Fes in Chiba, Japan, Cygames showed off more gameplay and a new trailer for Granblue Fantasy: Relink. The footage showcases the 4-player co-operative mode with newly revealed Dragon Knight characters: Lancelot, Vane, Percival, & Siegfried. Note that the game can also be played in single-player with AI companions.

During the stream, the dev team announced that the game engine is still being worked on and updated. The team also wants to avoid overpromising a release date, crunching the team, and potentially delaying the game, so they decided not to announce anything regarding a release window at this time.

Check out the trailer, gameplay footage, and screenshots below. You can find last year's stream recording and trailer from Granblue Fantasy Fes here, and gameplay details from a December 2018 issue of Famitsu here.

Earlier in 2019, it was announced that PlatinumGames is no longer contributing to the development of Granblue Fantasy: Relink. 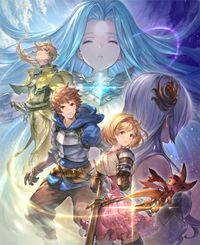