Publisher Super.com and developer PortaPlay released a new gameplay trailer for their upcoming tactical RPG, Broken Lines which focuses on the moral gray areas of survival and is heavily story/character based. Broken Lines will release for PC via Steam and Nintendo Switch in February 2020. The official website is here.

In case you missed it, the announcement trailer and a game overview can be found here.

This new video focuses on the game’s narrative elements, showcasing character interactions and their effects on both the game world and the characters themselves: a squad of British soldiers who have crash-landed behind enemy lines in an alternate-history WWII. You need to make the hard choices for these brave souls, as they battle both the enemies in front of them and the enemies within themselves. Whether they are battle-hardened veterans or green recruits, each soldier brings their own attitudes, beliefs, and personal baggage to the battlefield. You must deal with these, and make the most of their combat skills, as you fight to bring them home. 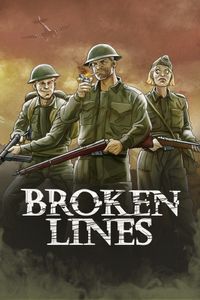