World of Horror launches for Steam Early Access on February 20

Ysbryd Games has announced that World of Horror will launch for Steam Early Access on February 20 for $14.99. The game is set for a full launch on PlayStation 4, Nintendo Switch, and PC/Mac later this year.

World of Horror was formally announced back in 2018, though news on the monochromatic Junji Ito-inspired RPG has been scarce in the meantime. The game features five playable protagonists in a turn-based roguelike system where each character has their own perspective on strange happenings taking place in a seaside Japanese town.

Find a trailer, press release, and screenshot set below via Ysbryd Games.

WORLD OF HORROR follows the rural residents of a seaside Japanese town facing inhuman terrors in a world spiraling toward madness. Investigate the return of eldritch monsters and solve puzzles to collect arcane spell components. Struggle against malevolent legends of folklore like the Aka Manto and Kuchisake-onna, summoned by performing dark rites.

Fight to survive this nightmare roguelite reality with turn-based combat. Each of the five playable characters available in Early Access has their own stats and perspective on the horrors unfolding in their hometown. Defeat gruesome bosses, all illustrated and animated with disturbing images made in Microsoft Paint with a classic 1-bit graphic style.

Choose from among 10 mysteries with procedurally generated events in Early Access, investigating unleashed horrors as chance encounters wreak havoc on your stamina and sanity. Explore dark corners for clues and hidden helpful items to reach the best of many ghastly endings. Unlock new events from encounters and achievements along the way, starting the next run with a deeper pool of terrifying possibilities for WORLD OF HORROR to draw from.

Inspired by the works of Junji Ito and H.P. Lovecraft, WORLD OF HORROR is a psychological thriller with uncanny urban sites and twisted storylines. Collaborating with Panstasz on the writing for WORLD OF HORROR is Cassandra Khaw, script writer at Ubisoft, author of the critically acclaimed horror novel Hammers on Bone, and writer behind games like Wasteland 3, Sunless Skies and She Remembered Caterpillars.

“Working with Cassandra has been a treat. She’s helped me tune up paragraph upon paragraph of chilling storytelling perfect for cosmic horror,” said Pawel Kozminski aka panstasz, the solo developer behind WORLD OF HORROR. “Her background and insight into horrific mindsets has helped me flesh out the unsettling nature of the mysteries, characters, and items you’ll find in WORLD OF HORROR.”

WORLD OF HORROR will be available on Steam Early Access for $14.99. It will support English at the start of Early Access with more languages to follow. Several additional mysteries, more characters, and dozens of new events will be added for 1.0 launch.

Solasta: Crown of the Magister launches for Steam Early Access on October 20 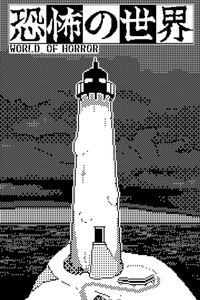