Other than the new features introduced earlier such as high-speed skips and 60fps frame rate, Falcom also confirmed that each save data from Zero and Ao will provide their own separate bonuses when booting up the upcoming Hajimari no Kiseki.

There is an even bigger reveal where Ao no Kiseki Kai will add appearances of characters from Trails of Cold Steel that are closely related to Crossbell like Juna Crawford, as Cold Steel I and II took place at the same time as Zero and Ao in the series' universe.

The Legend of Heroes: Ao no Kiseki Kai screenshots

As of this writing, the English localization for these Crossbell games in The Legend of Heroes metaseries has still yet to be announced.

The Legend of Heroes: Zero no Kiseki 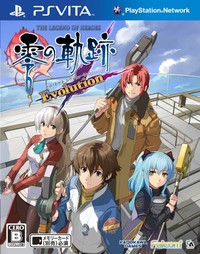