This definitive edition of the RPG is getting some updates. It looks better and plays smoother than before, the battle HUD and menu screens are easier to read and use and some of the music tracks have been remastered. On the same day, the Xenoblade Chronicles Definitive Works Set will also launch, featuring a 250-page artbook full of beautiful landscapes, imposing monsters and more. The Nintendo eShop page is here.

Our initial coverage of the Definitive Edition can be found here. A newly released trailer and new images can be found below!

Xenoblade Chronicles: Definitive Edition arrives on May 29th. A Collector's Set (available via select retailers) will be released on the same day, including a Sound Selection Vinyl that reflects the Monado's design! 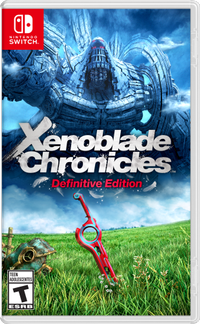