Today during the Future Games Show stream, publisher Merge Games and developer Still Running revealed Morbid: The Seven Acolytes, a "horrorpunk action RPG filled with Lovecraftian horrors and Cronenbergian gore." It is set to release on PlayStation 4, Xbox One, Nintendo Switch, and PC via Steam later this year.

Find the reveal trailer, description, and screenshot set below via Merge Games. The official website is here.

Morbid will have players testing their mettle with a wealth of bloodthirsty encounters and rich, absorbing lore. Challenging foes, mini-bosses, and memorable large-scale boss fights with fully orchestrated music are some of the ferocious encounters the player will experience throughout the world of Morbid.

In order to succeed across the hostile world of Mornia, players will have to master the wealth of combat and customization options available to discover as they progress through the game. Players will be challenged to improve their character and gear through quests, perks, runes, looting and upgrades, so they can defeat the Seven Acolytes and free the kingdom! 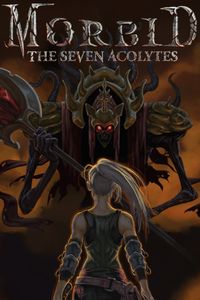