At this year’s PlayStation Experience, I met creative director and lead designer Tanya Short of KitFox Games, the developer behind the upcoming Moon Hunters, to learn more about what this game is aiming to do. By putting a bigger focus on the choices that each player makes and providing repercussions for their actions, Moon Hunters provides a unique approach to the cooperative action RPG genre.

Indie fans may remember a game called The Yawhg that debuted last year. In that game, up to four players would take turns making decisions on what to do and that would advance the story. Tanya actually mentioned how their team had come up with the prototype over 5 years ago, which is why you could see their names in the “Special Thanks” section of the ending credits in The Yawhg as a source of inspiration.

What they have done with Moon Hunters is revisit that same concept but expand on it into a deep 1-4 player action RPG that plays a little bit like Gauntlet mixed with a Mesopotamian theme. In the story, we learn that the Moon, a central focus of worship of the pantheon and where magic is derived from, refuses to rise. Thus, the tribesmen (and tribeswomen) journey out to learn more about why this enigma has occurred, seeking to restore balance to the chaos that has ensured.

A look at the camp where players can individually decide what to do.
The game is very much a player choice-driven experience. After clearing out an area full of enemies, players will decide which direction that want to go, which map to explore next, and whether they should return to camp in a world that is randomly generated. Almost every decision goes through a democratic process with a vote taking place. If there is a tie, the game favors the party leader’s decision (the leader changes every so often).

At the camp, a party member can decide what to do, whether that means to rest, hunt, cook, or go stargazing. The decisions that each player makes and what the party does as a whole has an effect on how the world reacts around them and the reputation that follows.

After playing the demo, I sat down with Tanya to talk a little more. I wanted to know more about what it was like working with Square Enix Collective for a while before working independently. She talked about how Phil Elliott, who runs SEC, was very supportive of what they were doing and continues to be personally invested even now.

They also discussed how they can now see how much work that they have left to do which is mostly fixing bugs and whether they want to make any other additions which seems very likely. KitFox Games is looking to support the game with patches and content updates at least six months after it comes out to give players more to do after they have completed it.

An example of the democratic process and the potential for their importance.
Tanya also talked about their experience as a developer trying to approach Sony, Microsoft, and Nintendo to try and get a spot on their platforms. I wanted to quote what she said since it was so interesting:

But it’s also because Xbox didn’t respond to my emails for months. We may still bring it to Xbox at some time, and the team would love to release our game on Nintendo’s platform eventually.”

At this point and time, Tanya said they are looking to release Moon Hunters on Steam this spring, and launch for the PlayStation 4 and PlayStation Vita sometime early next summer.

You can learn more about Moon Hunters through its official website or through its Steam page. 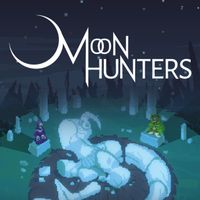