Dragon Quest Builders was already an absolutely charming spin-off for the legendary Dragon Quest series, but one of the most exciting things about it was the potential it had for expansion. Unlike the game's relatively obvious Minecraft inspiration, Builders probably played closer to a 3D Terraria - with an emphasis on city building, crafting equipment and weapons, and defending your settlements against monsters while fulfilling your villager's requests. While the world was randomly generated to an extent, the actual map was not, and was instead very closely based on the world of the original Dragon Quest, altered in a sort of alternate reality situation where the Hero decided to take the Dragon Lord up on his offer to rule alongside him. The end result was a very casual friendly romp through a very familiar Dragon Quest world.

Dragon Quest Builders 2 is very similar in many ways and expands upon that formula while injecting a lot more of its own original material of its own. During my short 15 minute demo with the game, I noticed a few key changes to how town building and villager requests work this time around, as well as some key additions to building and the game's overall formula. First off, while I didn't get to see it in action directly, Dragon Quest Builders 2 has a definitive hub this time around. While you'll still travel to distinct parts of the map - this time, islands - to help the inhabitants with their unique problems, and to rebuild their settlements, Dragon Quest Builders 2 introduces a central settlement that players will return to, and upgrade across the entirety of the story. 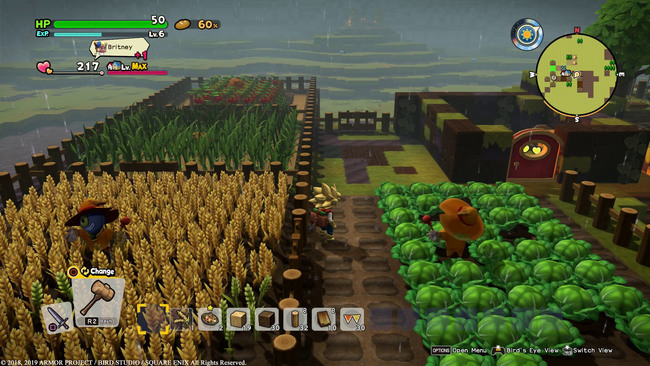 This is a pretty big change for many reasons, but the most frequent complaint I remember seeing about the first game was how every chapter basically started from scratch. You could reload saves to continue playing in a specific section of the map, but it's nothing like Builders 2's solution. It allows the game to reset your progress as you hop between each island, while also maintaining a constantly expanding testament to the player's own creativity back at home. It's an elegant solution, for sure.

The other notable changes have to do with the addition of gardening - you can prepare the land to grow plants for materials - which ties in with a few other new features, like the addition of water. The portion of the game I played actually went through the entire process as an NPC asked me to help her rebuild a garden. Tilling the soil, planting them, and readying an irrigation system so she could water the crops. Then after a short wait, harvesting time! I don't know how much it'll actually add to the formula, but it's still a neat addition and makes the world feel less "static" this go around. Anything to make the game's world feel lively is most definitely a win in my book. 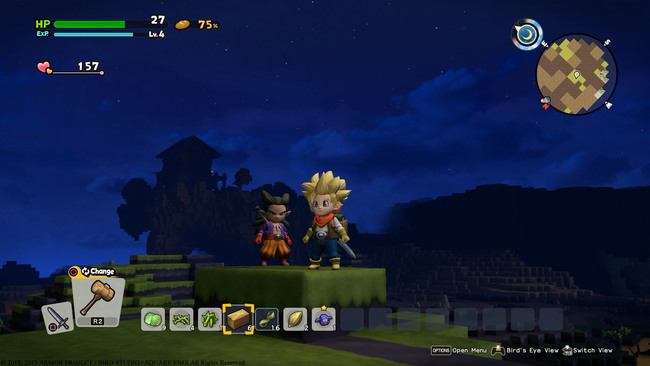 Along on your adventure, your character won't be alone this time, too. When you're at your home base (and ONLY when you're at home) you can play multiplayer with up to 4 players online, and when you're adventuring to new lands you'll actually have an NPC that consistently follows you through your quest. On that note - as you build up your towns, you can actually have NPCs build things themselves for once! It's nice to finally see, since the story hook of your character being the only person in the whole world capable of building anything - while silly - definitely didn't make much sense in retrospect. This time, you simply inspire people on the benefits of building.

If you didn't piece two and two together, Dragon Quest Builders 2 definitely seems to have a larger emphasis on story to go with its newfound progression. While the relatively threadbare story in the first title fit with the Dragon Quest 1 callbacks, I won't lie - it makes me a little more interested in the sequel knowing it'll have at least some more story to look forward to. Though, I still really need to finish the first game before I tackle this game's full release! Either way, I'm excited to see how the game stacks up upon its' July 12th release.

Dragon Quest Builders 2 Interview at E3 2019: We talk with Square Enix about the expanding world of Dragon Quest