First things first - if you haven't read our E3 hands-on impressions for The Legend of Heroes: Trails of Cold Steel III, you should. Really, nothing that we wrote there has changed since. For a game Cold Steel III's size, even an hour spent with it is just barely scratching the surface, especially if we're talking about critiquing the translation.

The Trails series has been widely lauded for the stellar localization work done by XSEED Games for the previously released titles in the series. On the other hand, NIS America ran into numerous issues with Nihon Falcom's other flagship series in Ys VIII: Lacrimosa of Dana's in 2017, which has Trails fans understandably concerned. We'll obviously have to wait until the game is much closer to launch before we'll have the opportunity to truly judge the quality of the localization as a whole. That being said, much like with our impressions of the title during E3, NISA's work on Cold Steel III seems to be off to a very promising start.

Especially of note is the English dub. I didn't get to hear too much of it during E3, even if what I had heard was promising. Thanks to today's impressions coming from a demo that was held in a stationed-off room at NISA's Santa Ana headquarters - without the background noise of a restaurant or other E3 attendees - I managed to have a much better listen, this time around. I know that not everyone is going to want to use English voices, especially since Trails of Cold Steel III will also be sporting an option original Japanese audio, but I've always been of the opinion that XSEED's prior work on Trails of Cold Steel I and II's dubs was absolutely phenomenal. 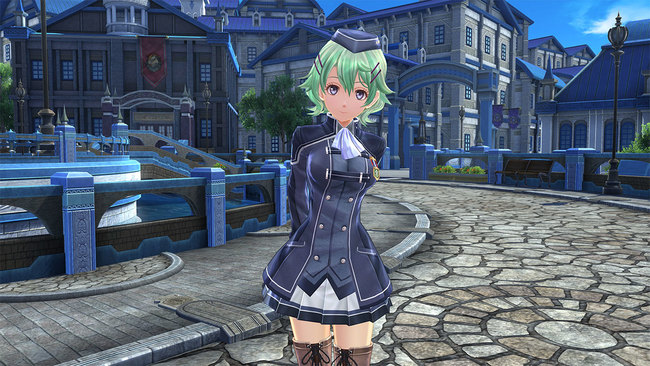 At least from what I've heard so far, NISA isn't letting the fans of the original two English dubs down. On the contrary - you can really tell that characters, even new ones, are entirely into their roles right off the bat. It's always a good sign that even after only a few scant moments with a character, I'm eager to hear more of their voice in the game. Sean Chiplock, unsurprisingly, nails it as Rean Schwarzer, and the other returning VAs - again, for the small section of the game that I played - turned in some stellar performances.

If you watched the video embedded above, I could forgive you for missing the pinned comment that I left on the video's YouTube page mentioning that the untranslated title text in that opening movie is due to be replaced by the game's launch in October. I'm pretty sure most people could gather that, but you never really know!

As for anything else - check out the video! Personally, I felt pretty awful about forgetting my video capture equipment at home during E3, so I really wanted to make sure that I could capture a good chunk of footage for folks this time around. I'm a big fan of the Trails series, as anyone that follows me knows. I don't have a magic crystal ball that can tell me about how the title's full translation will turn out, but giving fans the chance to see more of the localized game- in-progress, or not - is, I'd argue, a good thing.

First Off Screen Footage of Trails of Cold Steel III

The Legend of Heroes: Trails of Cold Steel 3 Hands-On Impressions from E3 2019