I’ve followed Ooblets since it was first announced. Something about the game was immediately endearing to me and kept me interested even through the changes the game underwent during development. Now, Ooblets is finally available in Early Access, and while it’s not yet complete, it begs the question--was Ooblets worth the wait?

Your whole life has just been a big, boring toot. So you decide to leave your boring toot of an island and explore the wider world. One filled with Ooblets, little creatures that love to dance and are generally cool little dudes. Granted, you don’t have to sleep on the streets, as the mayor offers you a rickety old farm in exchange for helping the town out. 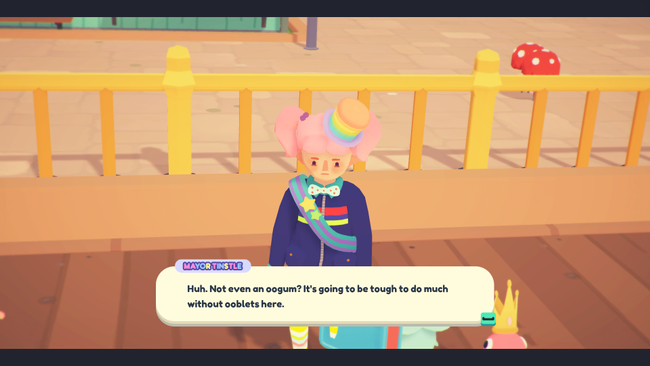 It’s a classic set-up found in many farming simulation games, which is the genre Ooblets takes the most inspiration from. While a lot of the title’s early marketing focused on the titular Ooblets and their utter cuteness, this is like Story of Seasons or Stardew Valley at its core. You grow crops (and Ooblets) to complete tasks, build relationships with townspeople that run on their own daily schedules, and generally run your stamina bar out doing all sorts of activities.

Like any good farming game, Ooblets provides a satisfying feedback loop, one that makes you want to play ‘just one more day’ and ‘just do one more thing’ before you quit. I logged about five hours into the game for these early impressions, and I did them all in one sitting, only quitting because eyestrain was eventually making the colorful, cute game painful to play.

All of this is made even better by the Ooblets themselves. No one can be blamed for thinking Ooblets takes a lot of inspiration from Pokemon, but asides from the monster collecting and variations of Ooblets (oh yes, you can “shiny hunt” in Ooblets if you’d like), it’s a far more simplified version of Nintendo’s series. Instead of actual battles, Ooblets fight via dancing, hoping to hype up the audience and get more points than their opponents. 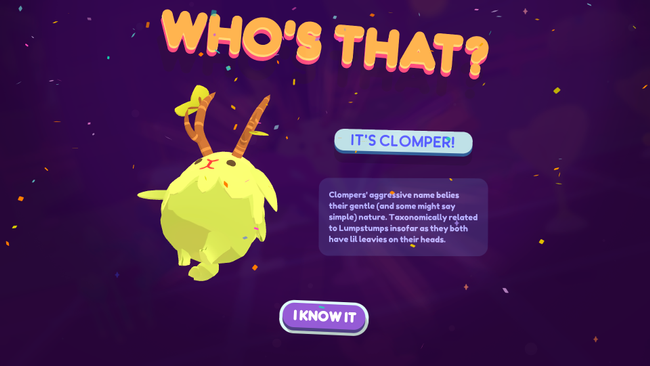 There is no violence, no cute creatures smacking each other silly in ‘uncomfortable-if-you-think-hard-on-it’ ways. There is only adorable little Ooblets shaking their adorable little tushies to the beat. When you beat your opponent, you give them little pats and gentle encouragement, and they give you a seed to grow new Ooblets in return. It’s so sweet and wholesome, and something so desperately needed in the world in the year 2020.

Everything about Ooblets exudes this wholesome nature. From the wild Ooblets running up to you when you have the materials they want to initiate a dance battle, to the NPCs doing little jigs as their idle animations, everything is undeniably cute. The upbeat music and stylized, colorful graphics really tie it all together, too.

Best of all, Ooblets never makes you feel rushed, like you NEED to do something in particular within a timeframe. I don’t feel an absolute need to complete tasks or else I’ll get kicked out of the farm or something. But by the same token, I also feel like I’m consistently making progress to making the town better, and I don’t feel much of a lull in stuff to actually do in my early playthrough. 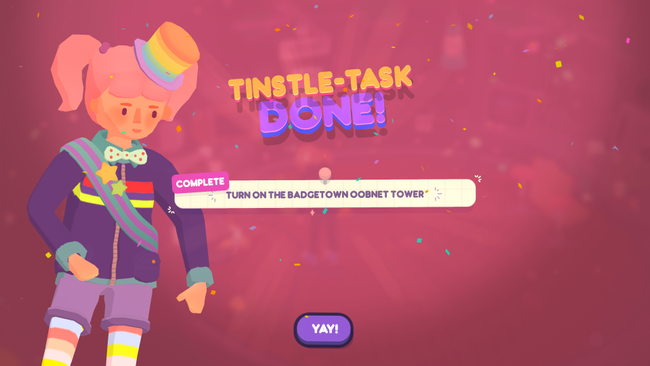 Of course, Ooblets just launched in Early Access, so this is by no means a complete game. I ran into a few minor bugs while playing--things like graphical glitches that cleared up after leaving the area and coming back, and NPCs having their walking patterns broken by one thing or another. I’ve yet to run across or hear of anything game-breaking yet, but I’m also not sure how far this first wave of content extends to. As always, remember that an Early Access title is not complete until the developers say it is, and spend your money accordingly.

But from what I’ve played, Ooblets is well worth your time and financial investment, if you’d like to call it that. This title is charming and cute, relaxing yet making sure you have something to do. And really, who can resist the adorably mad face of the Clickyclaw? I can’t wait to see what Glumberland has in store for this title next.