Reviewing Hellpoint is a bit of a logistical nightmare. How do you write about a game so unashamedly following in the footsteps of another, widely known series and not just spend your time comparing the two? In many ways, Hellpoint is effectively ‘Dark Souls in Space' done worse, but it has enough differences, both good and bad, that make it worth talking about.

Immediately Hellpoint hits you with one of its biggest strengths - its atmosphere. The world of Irid Novo is dark, tense, and lonely which creates some genuinely great moments at the onset. I was a big fan of the enemy designs and the station itself, which has some genuinely beautiful areas. Looking out at the tower or the black hole for the first time was a really great moment, even if the rest of the world can be same-y and uninteresting.

I’d love to say that this atmosphere plays into a story of some kind, but if it was there, I didn’t really get much from it. You’ll run into a few cryptic NPC’s here and there, but whatever they were trying to tell me simply wasn’t very interesting and I found it more entertaining to just soak in the atmosphere of the station and let the environments and world do the talking. 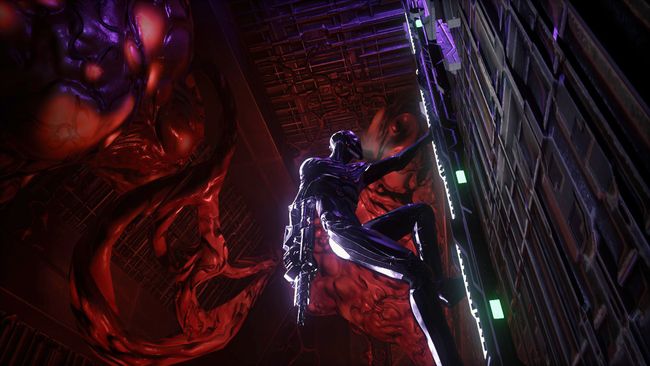 It’s a shame that some of the fun can be ruined by the confusing world progression. You can fast travel between breaches (which kind of work like bonfires in similar games), but it requires a fairly rare item which feels like an annoying burden on top of a general lack of direction. There were many times when I had no idea what I was actually supposed to be doing, besides just looking for the next boss to kill. As a player, I don’t mind figuring things out for myself, but there’s only so much backtracking I can handle before feeling like it might be the game’s problem.

There was a lot of enjoyment to be had in doing that, though, as the general gameplay loop of Hellpoint is fun and actually makes a few alterations from the Soulsborne formula that I really enjoyed. You’ll be doing all of the usual stuff; attacking and dodging, exploring tight environments, going up against bosses, and hoarding a currency to upgrade your character. Thankfully, as has been proven before, this formula works and Hellpoint definitely gets a lot of that right.

One of the bigger changes found within Hellpoint is the introduction of a dedicated jump button and a focus on verticality. The platforming is generally very awkward and basic, but it was still nice to be able to explore the environment with a bit more depth. Healing is also done in an interesting way, as attacking enemies recharges your healing item, which means offense is always a good idea even when low on health. It’s a great risk-reward system that is only slightly let down by the fact that healing doesn’t refill when using breaches. 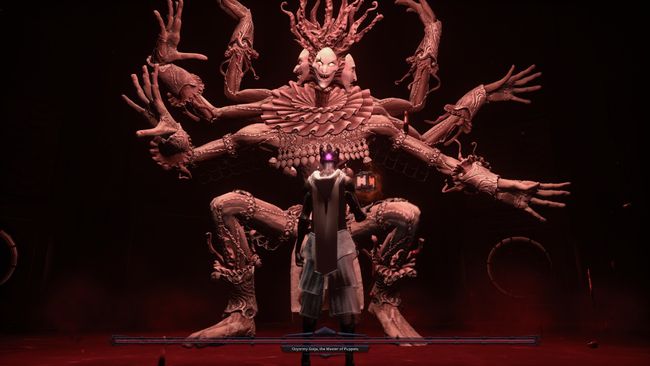 The overall range of weapon and other character options is one of the things I really enjoyed in my playtime. There aren’t any strict classes or class guidelines, and you’re left to adjust your stats and level up your character however you want. Progression through the game was satisfying as I really did feel like my character was getting stronger & more capable as I got further and further into the game.

Besides the changes I mentioned earlier, the rest of the gameplay loop is pretty much what you’ll be expecting. There are other formula differences that make Hellpoint unique, but in my opinion the rest of the changes aren’t exactly good ones. One example that jumps to mind is the fact that breaches don’t actually respawn enemies, which is instead based on something known as the black hole clock. Irid Novo orbits a black hole and the game promises that you’ll run into unique things depending on where the black hole is in relation to your character. Having enemy respawns be based on this might be a decent idea in concept, but it means in practice that there’s not really much stopping you from just running back and forth from the breach until you’ve defeated some of the more annoying enemies.

The black hole system is actually one of the bigger disappointments of Hellpoint. It promises variation, but unless you know what’s actually changing, then it might as well not be happening. The most it ever really did for me was occasionally add a more dangerous enemy in an earlier section, or randomly block off areas for a short period of time. It’s a possibility that it affected a lot more in my run than I actually realise, which is the problem with these sorts of systems, but it never explicitly stood out. 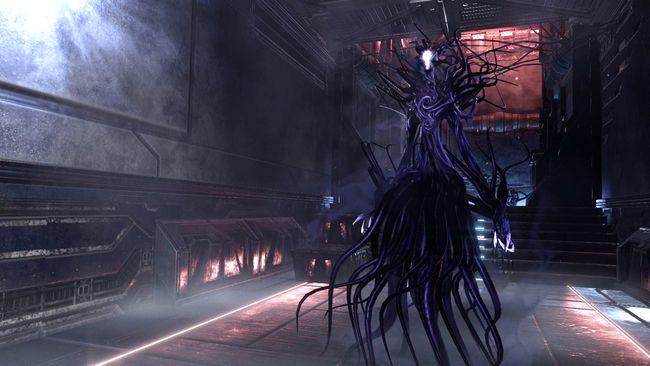 When you’re talking the Soulsborne genre, one of the most important elements is the boss battles and Hellpoint is a mixed bag there as well. Although all of the bosses are visually quite cool, actually taking them on can range from surprisingly easy to cheap and annoying. There isn’t really a consistent difficulty progression in Hellpoint either, and I found that the late-game was actually a lot easier than the first few hours due to some unfair enemy placement.

The elephant in the room with Hellpoint is the technical issues. Even running on a PS4 Pro, I had frame-rate drops constantly throughout my adventure, and there were a few times when it went below 10FPS. I had weird graphical bugs, enemies flying out of sight, clipping issues, and so much more that it’s honestly surprising the game was released like it has.I was genuinely concerned the game was just going to stop working altogether, which it actually did twice during my playthrough. The technical issues are a problem throughout the whole game, and your only option on consoles is to just get used to it.

The truth of Hellpoint is that even with all the jank and annoyance, it’s working with a well-known and beloved formula in an interesting setting, with enough tweaks to feel like its own thing. All of the satisfaction from near-deaths against big bosses and slow mastery of enemies and mechanics is here, it’s just dressed differently. The technical issues and world progression hold Hellpoint back, but for fans of the Soulsborne or sci-fi horror genre it’s worth checking out. 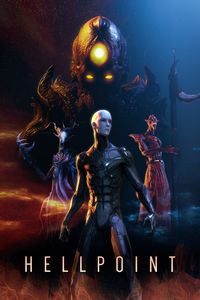