The tactical RPG climate still leans towards the niche culture due to its demand for challenge and complexity mainly attracting dedicated players only. The genre’s handful of successes such as XCOM and Fire Emblem feature immersive stories and worlds woven with addicting and interesting gameplay, the balance that defines their mainstream popularity. Children of Zodiarcs fulfills the latter aspect, which has left me with an impression of untapped potential in an otherwise great and satisfying game. 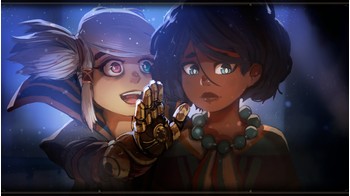 Children of Zodiarcs is promoted as a story-driven game that was powered by Kickstarter through the Square Enix Collective platform, a combination that may raise your expectations a bit once you meet the cast and its world's introductions. However, the 'rich story' advertised on the Kickstarter page falls notably short in the effectiveness of the few complex themes that the short and shallow narrative tries to divulge into.

The story follows the common tale of orphans who are trapped in conflicts between rebels, cults, and the nobility, mainly due to greed towards Zodiarc relics and treasure. Themes of betrayal, greed, and death are casually thrown around which didn’t balance with the cast of mostly kids with overly vibrant personalities. These themes were meant to support the emotional peaks of the characters but they felt incoherent and spontaneous in a superficial way, ultimately hurting any character building the story attempts. In a plotline with such a short length, a simple and straightforward tale would have been preferable, as the imbalance could dampen one’s experience.

The heart of the game may have not been present in the narrative, but the gameplay is full of it. The base system is tactical turn-based with the refreshing mechanics brought by dice and cards, offering a deep but simple to understand gameplay that would appeal to both casual and hardcore fans of the genre. 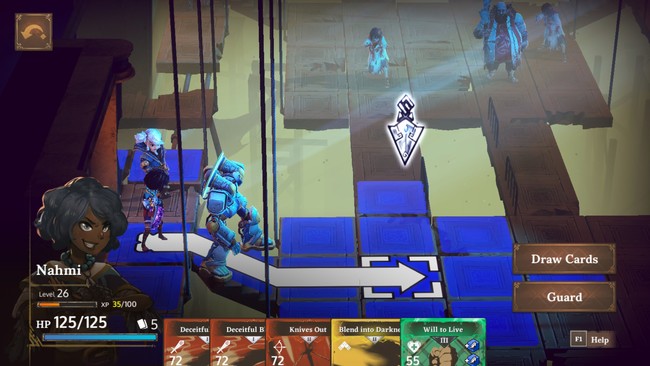 Character abilities are handled through a deck of cards which you can customize before a battle. Rather than simply choosing an action during your turn, you select a card from your hand to execute it. You are only allowed to hold seven cards at a time, with the leftmost being discarded once the limit is reached. There are five different types of cards easily depicted by their color: red for physical attacks, blue for magical attacks, green for healing attacks, yellow for passive effects on self, and purple for passive effects on enemies. The types of cards you get are strictly specific for the character, which in a way also helped build the cast’s own characteristics. You unlock new cards and upgrade them through leveling up in battles, and you can have as many as you want in the deck as there are only limited numbers of each card ability. However, having many of the best cards in your deck does not completely improve your success.

The difficulty of battles is attributed mostly to choice and chance. Drawing a card from your deck is limited and not automatic, as it is an action of its own that ends your turn. It can also be done if you activated a specific condition in the previous card ability you used, or if you managed to roll a die that allows you to draw a card. There have been a lot of situations where I was frustrated over the fact that I was empty-handed and trapped between enemies, which was a definite game over. The game also encourages you to use the recommendation button when setting up your deck in earlier levels, but I never found it to be helpful and I preferred to immediately warm up in manually choosing cards myself. Relying on it would only make you feel lost especially when having a good grasp of your chances is vital in winning battles. 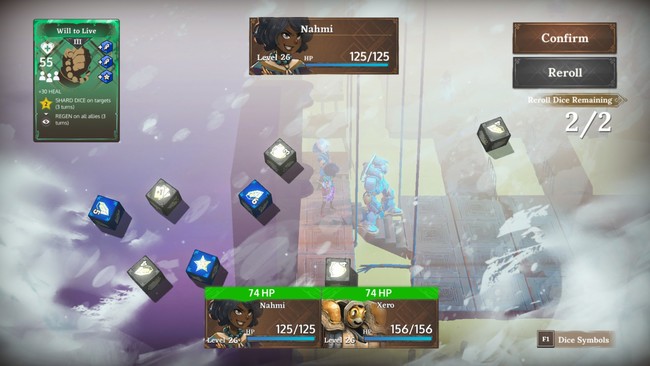 What fulfills the depth and complexity of the battles is the dice system. Before you activate a card’s ability, a set of dice is thrown to determine the effects of its outcome with the help of the dice symbols. These dice symbols can allow you to activate extra conditions such as strengthening your attack, activating one of the current card's effects, and even negative ones such as deduction on your health points. The number of dice initially depends on the type of card ability; you are always given one chance to reroll and pick two dice to change the results if you want to. Rerolling is often good, but sometimes it doesn’t change the results and may worsen it depending on what dice you possess.

You get different sets of dice with higher levels once you advance through battles, and they act as passive attributes that allow you to have more control on your chances. They are received as battle rewards, which are equippable for each character. The dice crafting feature allows you to change some symbols in a set and upgrade them, so you can ultimately manipulate your chances on every decision you make while setting up. I played on Normal mode and battles are often challenging and fun on the get-go, and these board elements further enrich the player’s engagement. The only small grievance would be the lack of markers for your party and the enemies on the field, which can be a bit frustrating when analyzing the current situation.

Advancing through the game is linear as you navigate through points unlocked on the city map, it doesn't really branch out. Skirmishes randomly appear in old locations you’ve completed and is a good way to grind, which is encouraged. Sidequests are few and there is an arena, which serves the same purpose as skirmishes. The game doesn't have post-content, but you are allowed to further level your party after the end. 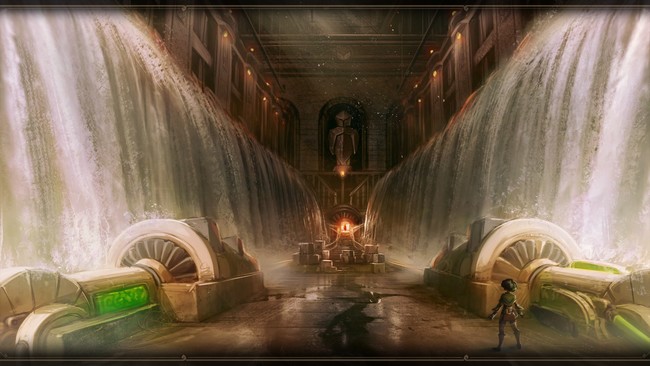 Children of Zodiarcs is visually pretty thanks to its colorful and detailed artwork that are present as backdrops in cutscenes, and that carries to the game’s environment. It is a shame that the cast wasn’t as fleshed out as they could have been with their strongly distinctive character designs. The development team shared their sources of inspiration from famous tactical JRPGs such as Final Fantasy Tactics, and if you’re a bit well versed with the library you would definitely feel it just from the game’s art and music.

The team's attempt in fully recreating the nostalgic experience from classic SRPGs wasn’t fully achieved, but the desire to incorporate new twists in the tactical elements is well appreciated. With a bit more tuning and balance in the narrative elements, we would have a fantastic formula for the next strong entry in the genre.

Children of Morta set to launch in Summer 2019

Take a look at more of Conception II's Star Children 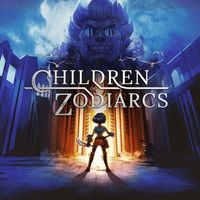