Chaos;Child is obsessed with information. Information and misinformation, really. The Visual Novel's main character, Miyashiro Takuru, goes to absurd lengths to try and ensure that he is on the "right" side of information, in a desperate attempt to set himself apart - and ahead - of his peers. If this sounds at all familiar, that's because it is - Chaos;Child as a VN is inherently politically charged and acts as a conduit to discuss the effects that our modern, media-filled age can have on impressionable youth. If you're a fan of VNs and can stomach graphic content, read no further - Chaos;Child is one of the best stories in the genre, and you owe it to yourself to read it.

...but I'm getting ahead of myself. If you're not familiar with Chaos;Child, it's a Visual Novel taking place within the Science Adventure universe - SciADV, for short - a universe that also encompasses other works such as Chaos;Head (the game's prequel), Steins;Gate, and Robotics;Notes. Chances are if you're reading this review, you're already familiar with at least one of those titles. Fans of those works will find cameos and references to other stories within the world's canon, but it should be noted that you absolutely do not need to have read any of the other SciADV VNs before dipping your toes into Chaos;Child. 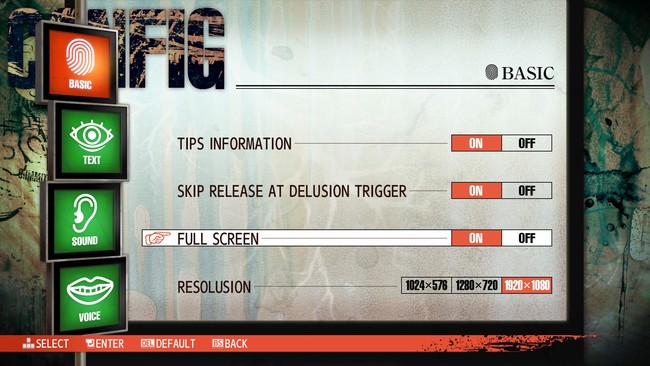 What you do need to know before diving in, however, is that the novel is not for everyone. While I might have already said that it is one of the best in the genre, and I stand by that statement, if you get queasy easily than you might want to stay away. Chaos;Child comes with a Mature Content Description on Steam, and there is very well a reason for that disclaimer. The reason why that is the case becomes clear once you take a look at Chaos;Child's premise.

The story's hook can be summed up as such: inspired by the events of 6 years prior, Miyashiro Takuru has made it his duty to uncover the reasoning behind a string of strange murders that seem to be following in the footsteps of an event known as the New Generation Madness, 6 years prior. The one thing that each of these murders has in common is the unusual manner in which each individual was killed - unusual, and definitely gruesome. The murders, and Takuru's investigation of them is only part of the story... and it's hard to explain why and how the way the story changes makes the VN as a whole so memorable. The best way I can describe it without exactly spoiling the surprise, is that it's a psychological thriller that manages to shock and surprise the reader from start to finish and leave it at that. 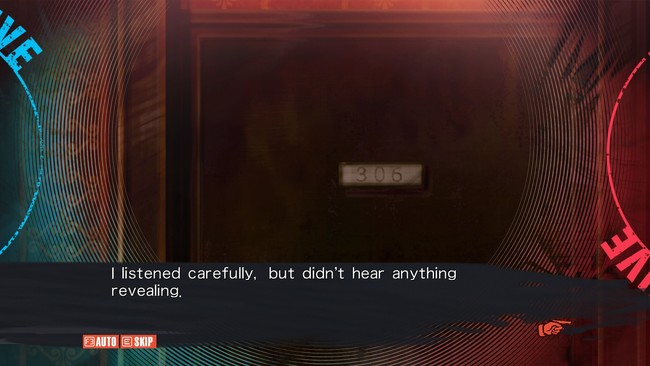 Players have access to the Delusion Trigger system every now and then, which allows you to choose how to view a situation - Positively, Negatively, or without any specific delusion at all. Activating a trigger can range from making a scene much more disturbing, more humorous, or nonsensical; but the real reason to use them is to activate the game's differing routes in repeat playthroughs (the game is locked to the common ending your first go through). In order to access the game's True Ending, you'll have to see every "good ending" in the game, for each heroine. Without going into details, these differ in quality, with only one of the optional routes having been written by the same person that did the writing for the game's main route and true ending. While I'd say most of them are still good sub-stories, one, in particular, is a bit of a miss both narratively and for one other important reason, relating to the game's localization.

Chaos;Child's PC version exists in a similar state to Steins;Gate 0's - it fixes some of the grammatical issues that the title had on PS4/Vita, and manages to translate some text that was previously un-translated at the end of the game, but otherwise, it's identical to the console release. If you read my complaints about Steins;Gate 0's font on PC, I have much the same issue here. Thankfully, at least the game's font on consoles was smaller to begin with - so even if it's still an issue with Chaos;Child on PC, it's to a lesser degree. The bigger issue, however, relates to a map. 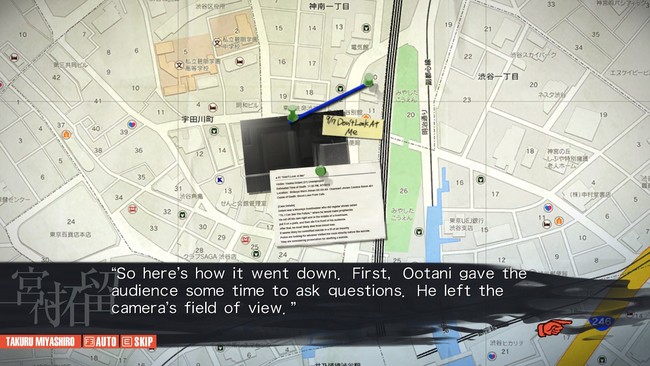 One of Chaos;Child's recurring features is a map, in which Takuru charts the events happening in the story. In most cases, the map not being translated isn't an issue, but one of the VN's side routes requires you to match up locations based on the map, which is incredibly difficult to do if you can't read Japanese. It wasn't translated on PS4/Vita, and was my main complaint with the VN back then. Unfortunately, it still remains untranslated for apparent legal reasons on the part of the developer. Fan patches will inevitably swap out the asset, I wouldn't be shocked if this is a non-issue come launch, but it's still something that I feel warrants mention. It's never great when players will have to resort to fan patches to finish a game. Again, I feel for Spike Chunsoft on this - as they've made it clear the whole situation was out of their hands - but it still sucks.

If you're going to read Chaos;Child, which you should, despite my issues the Steam release is the best way to do so unless you're specifically pining for it on a portable platform. While I'm not sure if I'd recommend it as anyone's first Visual Novel - it's a long one, with particularly graphic content - if you're looking for a work with something powerful to say, Chaos;Child is more than worth your time. 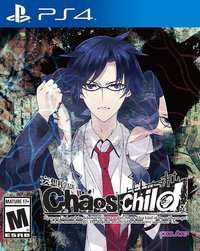