After you explore everything a storyline has to offer, what's left? Code: Realize's plot was pretty much standalone on its own, offering a satisfying conclusion for the main character Cardia, an unfortunate woman with poison running through her veins. The first fandisc, ~Future Blessings~, offered more complete epilogues and a few more paths, but essentially exhausted the world of Steel London. With that said, what does Code: Realize ~Wintertide Miracles~ give to the otome fan? Not much, unfortunately. 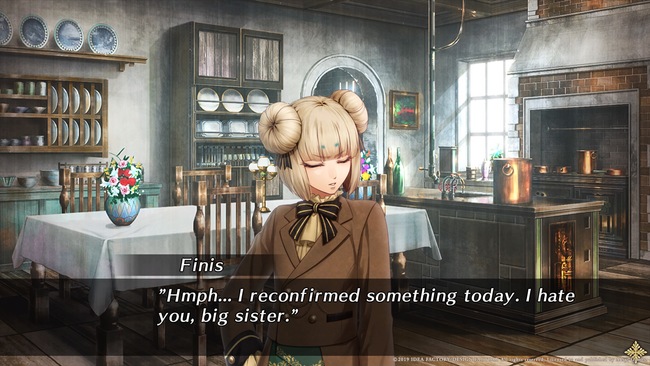 Wintertide Miracles is the second fandisc for the Code: Realize series, and as such it requires you to play both the main game and the first fandisc in order to glean any enjoyment from it. It’s a bit of an investment, and Wintertide Miracles will be for diehard fans that want even more of their favorite literary-inspired boys.

Like most fandiscs, Wintertide Miracles isn’t quite a sequel or anything of the like. Instead, this is a compilation of various scenarios during and after the events of the first Code: Realize, or stories branching off Finis’s path from the first fandisc, Future Blessings. I’ve spoken at length about Finis’s path and more for our Bouquet of Rainbows reviews, so make sure to give it a read.

The main draw to Wintertide Miracles, as the name implies, are the Christmas scenarios. Since Finis’s path in Future Blessing was not a romantic path, these wintery scenarios allow Cardia to have a romantic ending with the character of your choice, while also… well, having Finis alive. They feel like proper conclusions to each character’s path, without making it feel like Lupin was the only ‘correct’ choice, as it felt in the original Code: Realize. 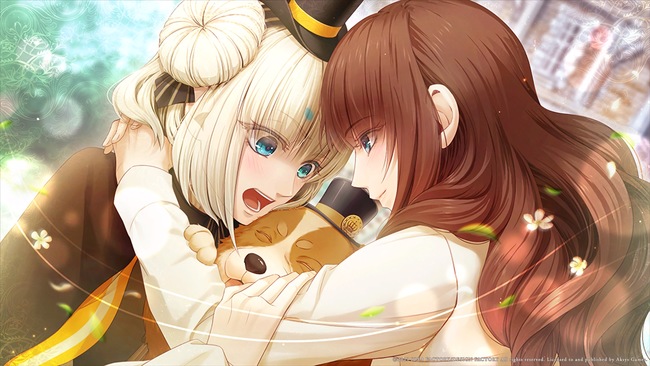 Despite this, I couldn’t help to feel a little impatient and sometimes bored playing through these Christmas scenarios. While the sentiment is sound, the fact of the manner is we’ve seen most of this before in the previous games. I watched love and romance slowly blossom for each character in their paths in Guardian of Rebirth, saw each character profess their love, and watched five epilogues that gave each main bachelor their own happy ending in Future Blessings. Watching each of the men awkwardly fumble their words and profess their love again is sweet, but deep down I wish the scenarios just weren’t as long as they are, even though they’re pretty short, to begin with.

Wintertide Miracles is not only these scenarios, however. First and foremost, the two new paths from Future Blessings, Finis and Sholmes, each get their own epilogue. For Sholmes, this means a happy ending where he and Cardia can live happily ever after. While I didn’t really enjoy Sholmes’ path, the epilogue is nice and allows a bit more time with the detective, who otherwise doesn’t much time in the spotlight. Finis’s epilogue offers the siblings a bit of closure and acceptance regarding their father and fits in well with the emotional path. They’re both fitting epilogues, and worth a read-through.

Next, we get another mini-story that takes place during the plot of the original game, similar to the mafia storyline from Future Blessings. This storyline stars the singer Cantarella and the mystery surrounding her and her father, Miles. This new add-on story is infinitely more interesting than the mafia story, though it might raise some questions. But, Canterella’s tale wraps itself up pretty nicely and finds an excuse to remove the characters from the over-arching plot, preventing any strange plotholes with the other games. 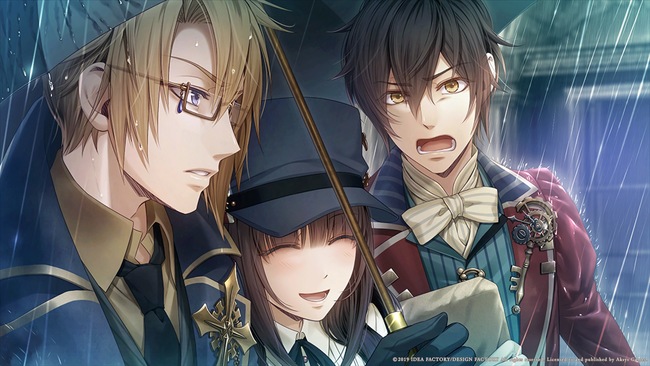 Finally, we have the Triangle dates. Ironically, these are probably the first things you’ll see in Wintertide Miracles as they’re the first option to pick in the otome, but I wait until last to mention them because… frankly, they’re not all that great. You pick two boys of Lupin’s crew and a short scenario plays out with the both of them.

It’s just strange. The men are unusually competitive and the tone of the ‘dates’ don’t play off well with the rest of the series. The boys are oddly competitive in the scenes (which I suppose is the point) but I didn’t really enjoy watching them. You do get a nice reward of a bunch of CGs in relatively rapid succession, at least.

But really, Wintertides Miracles is nice, but ultimately feels a little unnecessary. The characters and story are starting to feel a little long in the tooth, and nothing made it more apparent than how impatient I felt playing through most of the stories. Almost every path and scenario I started I just wanted it to be over already. I wouldn’t say anything other than the triangle dates were actually bad, but I just felt fatigued.

Wintertide Miracles just feels like the light fluffy snow on Christmas Day--pretty and charming, but ultimately fleeting and a pain to move through. If you’re really wanting more time with your favorite Code: Realize characters after Bouquet of Rainbows, then Wintertide Miracles might be worth your time. However, don’t expect anything of the same caliber as the previous games. 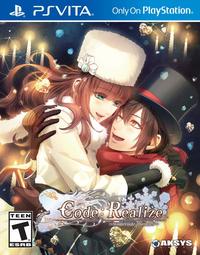