A few months back Death end re;Quest launched on PS4 in the west, and we found it to be pretty good in our original review. It had an interesting story, albeit it was held back by inconsistent pacing between the "VRMMO" segments and the "reality" ones. While our reviewer ultimately concluded that the game would've been better suited as a standalone Visual Novel, the jRPG/VN hybrid has now found itself on PC - so how does the port stack up?

Death end re;Quest's minimum and recommended requirements are relatively vague, especially compared to the recent trend of titles generally coming with a description for what sort of performance to expect from the listed requirements. Ultimately, it doesn't take that strong of a machine to run, but there's more to the story than the listed specs alone. 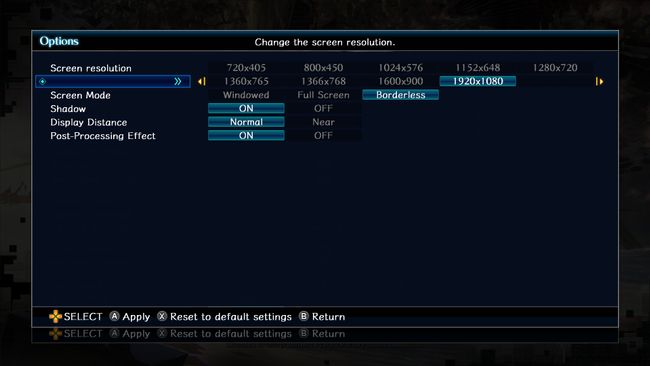 Let's get this out of the way - those minimum requirements are way too vague to be of any use, and without performance estimates for the recommended spec, those aren't very useful either. From my own testing, I'm going to say that the recommended spec should be ok for 1080p/60FPS, but I only had 2 computers to test on, so it's not like my spread of hardware was particularly impressive. I tested the game on both my Intel i7 6700HQ Laptop with a GeForce GTX 950m and 8GB of RAM, and my desktop with a Ryzen 5 1400 OC'd to 3.8GHz, an overclocked AMD Vega 56, and 16GB of RAM. On both systems, the CPU wasn't anywhere close to being a bottleneck - and although I wasn't quite able to hit 1080p/30FPS on my 950m, I'm sure that anyone with at least a 970m or 1050 mobile GPU should be more than enough to run the game at a playable framerate.

Here's the biggest problem with performance, however - and it's a problem that I ran into on both of my systems, but on opposite ends of the spectrum. Death end re;Quest's PC port is completely locked at a 1920x1080 rendering resolution. You can set the output resolution to something different, but if your laptop can't quite handle 1080p smoothly (like with mine), setting it to 1600x900, or 1280x720, won't actually give you any extra performance when you're GPU bottlenecked. Similarly, even if you can manage to get the output resolution higher than 1080p (which is almost impossible to do on its own), without manually hex editing the game's rendering resolution with Cheat Engine, you're limited to an internal 1080p resolution. Other graphical options are limited, too, and boil down to on/off for shadows, post-processing, and the option for whether objects will cull closer to the player, or at their normal distance. While you still get at least the same experience as on PS4, at least as far as performance goes it's incredibly disappointing for both low-end and high-end users that the resolution is locked, with no easy fix. Usually, you could manually edit a game's .ini file to get past this, but even if Death end's .ini file wasn't a cryptic mess, that would still be a black mark on the port as a whole. 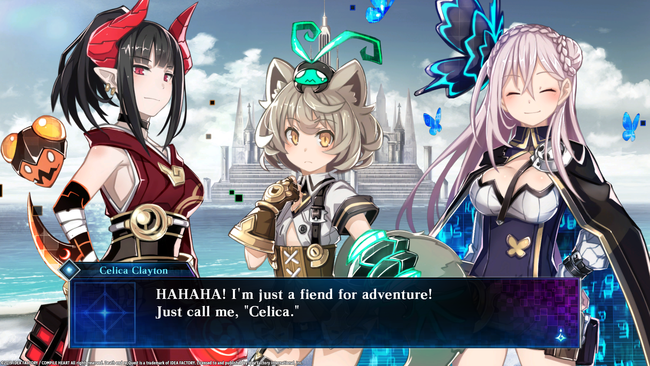 Look, I know that most players on PC and console are still going to be running 1080p displays, but 1440p, Ultrawide, and 4K monitors are only becoming more and more commonplace by the day, and when my laptop would've been able to run the game at 900p/30 fine - which would still look perfectly acceptable on a laptop screen - except for an arbitrary resolution lock, it's hard not to walk away from the port's performance without feeling incredibly disappointed. Here's hoping this can change with a patch, but considering Neptunia VIIR apparently had the same exact issue (and runs on the same engine), I'm not holding my breath.

Thankfully, Death end re;Quest's control options are in a much better space, with the ability to remap the keyboard and mouse controls, and with proper PC menu support. At least, that's what I'd say if the options chosen in the menu would actually have any bearing on how the camera is handled with a mouse. By default, the vertical axis is inverted - and no matter what I did, I couldn't change that. The run button toggle will always showcase the gamepad prompt instead of the keyboard equivalent, and the same holds true for combat. By all means, the actual menus work flawlessly on PC, with proper keyboard and mouse support, but that's only half the battle here - and it falls incredibly flat when the other half of the kb/m experience feels so hamstrung. It was so close, too.

Controllers work about as you'd expect. That is to say, this is yet another PC port for a game that was originally PlayStation 4 exclusive that lacks PlayStation button prompts. Games have supported it before, the game originally released on the system so it's disappointing, but it's not exactly unexpected at this point, either. Ultimately a nitpick, but I know that some players do care about this, so I felt it was worth mentioning at the very least.

Nothing. Besides for the game's menus being surprisingly keyboard and mouse compatible, and some very, very basic graphics options - this is essentially the same exact game as on PS4. A basic port, no more, no less. If you're going to play Death end re;Quest, then I suppose this port is technically the best version of the game as of right now - but that's by a very, very slim margin. You're not really gaining much from this port, other than the option to play it on your computer, and with keyboard and mouse if you can manage to memorize your mapped controls and can deal with the infuriating mouse camera. As a port it's incredibly disappointing, but at least PC only users can play it, and if you were only planning on playing it with a controller at 1080p/60FPS, you're probably not going to notice the ports glaring faults. The port performs well, and I'd wager for 90% of users the state of it will be enough. It's just disappointing that it launched in such a barebones state.