Cadence of Hyrule is not a typical Zelda title. You need to tap along to the beat as you play a character from the Zelda universe, defeat familiar baddies, and collect the typical items, but a lot of this game will be quite a shock for long-time series fans. Created by Brace Yourself Games, the makers of Crypt of the Necrodancer, there’s a lot of the developer’s rogue-like infused in the universe. Cadence of Hyrule is more forgiving of a rogue-like than Crypt of the Necrodancer (and is more of a rogue-lite), and this title does a great job of melding the Crypt mechanics with the Zelda formula without just being a reskin. 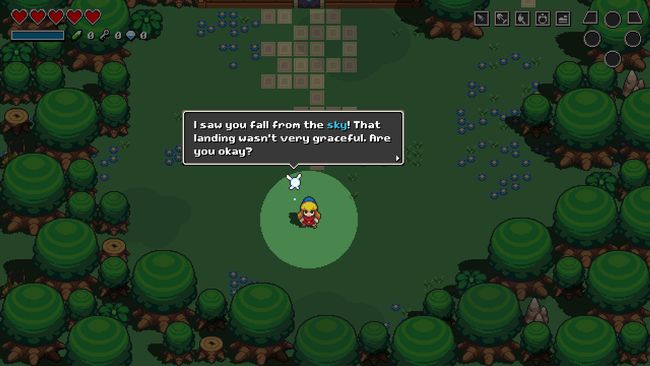 When the land of Hyrule is put under a curse by Octavo, the Crypt of the Necrodancer character Cadence is mysteriously transported to the new world. After a short tutorial, players can control either Link or Zelda in a quest to defeat Octavo’s four champions and save Hyrule. It’s a pretty typical set-up for a Zelda story.

The gameplay is where things get different in Cadence of Hyrule. You don’t simply traverse the world and enter dungeons in a normal way--instead, you have to adhere to the beat at ticks away at the bottom of the screen. Missing the best messes up your multiplier, making your attacks weaker with certain equipment and letting the enemy sometimes get a free hit on you. Stick to the beat and dodge attacks and your multiplier will increase.

It takes getting used to, especially if you haven’t played Crypt of the Necrodancer, but once you get the hang of bouncing to the beat and learning enemy patterns, the rough beginning bits start to smooth out into a fun experience. Having played Crypt of the Necrodancer and not enjoying it much, I found that Cadence of Hyrule was more forgiving overall, as well. The penalty for skipping a beat doesn’t feel so severe that I feel pressured to play perfectly all the time, and the removal of some rogue-like elements makes it so that progress is still made no matter how many times you die. 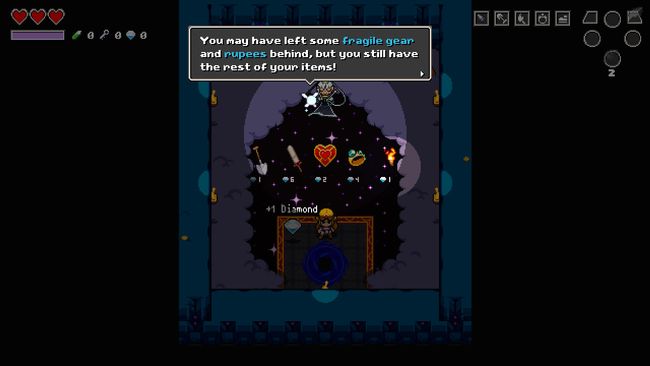 Cadence of Hyrule does not feature permadeath by default (though you can turn it on in the options menu). Instead, when you die, you only lose your Rupees, the Small Keys you’re holding, and any breakable items you have (shovels, boots, etc). When you jump back in after death, the progress you’ve made on the map, and any key items you earned are still there. Death is more of a minor setback than anything else, as opposed to the typical rogue-like standard of permadeath. This makes the game a lot more welcoming to newcomers that may not play rogue-likes, but want to enjoy the new Zelda game.

This doesn’t come without its problems, though. After you get certain items and enough hearts, it’s pretty unlikely you’ll die, as health potions are inexpensive and automatically used when you’re about to die. Once you’re that powerful, even traversing the overworld can become tedious, as what point is there to keep to the beat and kill all the enemies if you have everything you need? While enemies generally don’t respawn after a screen is cleared, they do if you reload a save, and with all the rupees and equipment you need, walking around turns into a pain at times.

This is made up for a bit with the dungeons themselves. Dungeons throw out the static nature of the overworld for completely randomized dungeons, filled with enemies, secret rooms to find, and goodies to collect. The dungeons really put your rhythm and quick thinking to the test, as oftentimes you’ll have to defeat swarming enemies in rapid succession. This is definitely the most challenging & tense part of Cadence of Hyrule, but it is also the most interesting. The dungeons are also bookended by boss fights which, while initially challenging, can easily be tanked after you have a health potion and collected enough hearts… just like most Zelda titles, really. 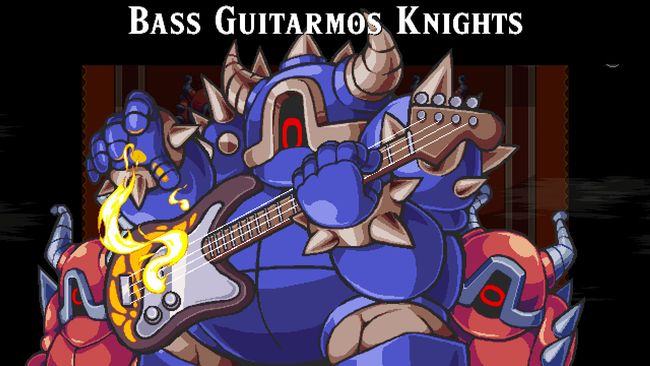 There are also other little quirks to speak of. If you’re having a lot of trouble with the rhythm aspect of Cadence of Hyrule, you can turn on Fixed Beat Mode. This makes it so that the enemies only move when you do, allowing you to breathe and think about your moves, like most rogue-likes. You can unlock new characters that can be either used in your playthrough or in a new solo run-through of the game. There’s a lot to see and do in the overworld, including collecting all sorts of items and heart pieces to make your game easier.

But don’t expect this to be a long adventure. My first playthrough took about six hours to find almost everything (I only missed a couple of heart pieces) and beat the final boss. Cadence of Hyrule is meant to be replayed, like most rogue-likes, but if the style of game isn’t really compelling to you, then you may not have much of a reason to return to this rhythmic Hyrule.

Cadence of Hyrule is a fun time if you know what you’re getting into. This isn’t an average Zelda spin-off, so if you’re awful at keeping a beat and don't’ want to use the Fixed Beat Mode. But, Cadence of Hyrule is worth a try if you don’t mind going to the rhythm and dealing with a couple of rogue-like elements.

Cadence of Hyrule Characters: how to unlock every playable character