Tokyo Mirage Sessions #FE is that weird strange collaboration that you heard of many years ago, a bizarre mix of Fire Emblem and Shin Megami Tensei into one video game, a strange idea that was originally impossible to comprehend. Anyways, as it’s been a few years since the game was released on the Wii U, a new Switch Port seemed inevitable. In comes Tokyo Mirage Sessions #FE Encore.

David Kreinberg reviewed the original Wii U version on our site. The game had some modest success on a struggling platform, mired by some small controversy related to content changes for the western release. For players that are skeptical about these issues, this re-release is based on the western Wii U version. If players are annoyed about these changes, unfortunately purchasing the Japanese version will also no longer remedy that issue as both versions are universally the same and only importing the Japanese Wii U version will give you the original content. 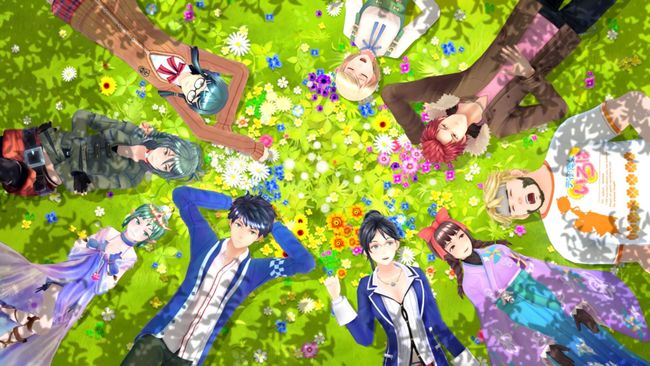 The premise of the game follows our young protagonist Itsuki Aoi as he witnesses other-dimensional beings known as Mirages kidnapping people around him, including his friend, Tsubasa. Mirages are after an essence found in people known as Performa. During Itsuki's rescue, he manages to befriend a Mirage and harness its abilities, making him into a Mirage Master. The Mirages take on the form of Fire Emblem Characters, with staple characters making cameos like Chrom and Caeda. Itsuki and Tsubasa soon join the Japanese Entertainment Industry in order to improve their abilities and to stop the ongoing Mirage invasion from creating another disaster. The main story is a bit cliché and might be even cheesy at times, however, the storyline does get better when it's related to the personal struggles of our characters often found within the side story segments. If players can't really get over the heavy anime overtones, it can be pretty hard to get into the plot of this game.

During gameplay, you explore around Tokyo, interacting with your friends and purchasing items to be used in the Idolsphere where all combat takes place. After clearing each chapter, the game will put you into an intermission chapter where you can spend time with friends to improve their relationship in order to obtain new abilities. This is similar to the Social Link system found in Persona games, except you don't deal with a restrictive schedule and everything can be done at your own pace with regards to seeing character side stories during these segments. 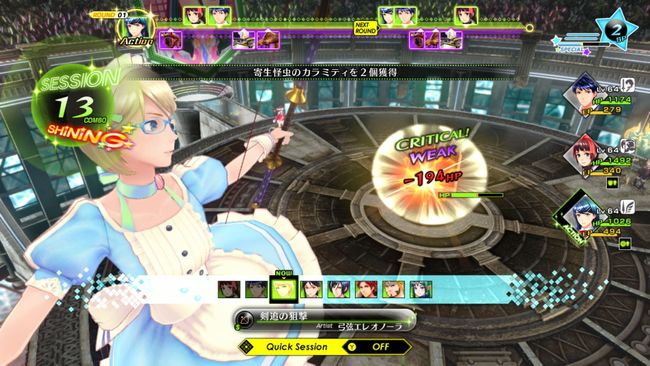 Combat at first glance will appear as a turn-based RPG that is quite similar to the Shin Megami Tensei or Persona games. Every type of attack will have an attribute of some sort, and by hitting the correct enemy weakness, it will trigger a Session attack in which party members follow up with their own unique abilities. Note, however, the same can also happen towards your party as well when enemies hit your own weakness. This is very similar to the One More system found in other Atlus titles. The game gets more enjoyable when your options expand and you can set Unity, which is the game’s main customization feature. It allows you to fuse weapons to create more links to improve the Session system. The Switch version also includes some new session attacks as a small bonus for the re-release.

Unity is divided into two subcategories, a Carnage Unity which is basically a new weapon, and equipping different Carnages will give you different element attributes and different abilities to learn. Then there is Radiant Unity for permanent passive skills. While the combat is fun, at times it can effectively 'play itself' and often gets tedious when traversing through dungeons as there is an insane amount of enemy encounters and lack of a run button, which can eventually tire you out. Overall, the battle system is largely engaging when it needs to be, especially in the case of boss battles.

For fans of Fire Emblem, they will notice there is a lot of reference to lore, skills, and will even borrow the series terminology like the weapon triangle system, or even abilities that are more effective against certain class types. What it really comes down to, is that it is a Shin Megami Tensei game disguised with the terminology of Fire Emblem. 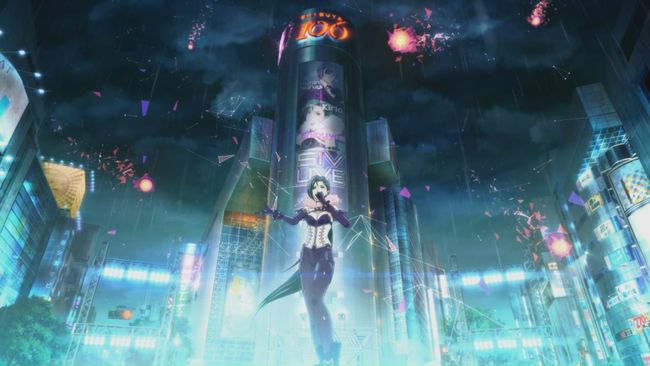 The visuals of Tokyo Mirage Sessions are colorfully vibrant, and the UI is also extremely stylish giving players something that came out of the latest Persona game. The problem mostly lies in the Switch port doing the bare minimum on any improvements, if fans buying the switch port expecting a large upgrade, they will be sorely disappointed that the port does really nothing to upgrade the base graphics and will remain at 720P at 30 frames per second, which means the game is not quite as crisp visually as it could be. There is some good news with the port though: if you hated the dreadful loading times of the original game, the Switch version has a vast improvement in this regard, as most locations will now load almost instantly. The game will be much more playable in that aspect. Also crucially, the game will now let you skip some of the Session animation, which definitely works to speed up battles, especially in the later segments of the game when Session chains become quite lengthy.

In what should be obvious, there is a large focus on the music of the game, and there are many songs that will get extremely deep into a J-Pop style. If you aren't into that kind of music, you might dislike the overall soundtrack as the game will have a heavy focus on that, especially during key moments in the game. The musical score overall is nice and has some great tracks, but if players are expecting a dub for the new port, they will be disappointed to hear that the game will still only be in Japanese audio.

In the end, I believe Tokyo Mirage Session is a wonderful game and anyone that is into JRPGs should give it a try. Players that have already played and beaten the original Wii U version might find that there isn't much reason to get this game other than that you can play on your Switch. If you haven't played this before, it's a great addition to your library, especially for fans of Fire Emblem and the Shin Megami Tensei series, although I do feel that it’s quite the missed opportunity for not restoring some of the deleted content from the original Japanese version. 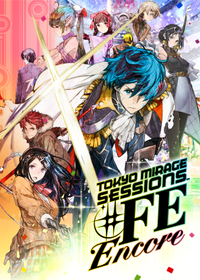