Even if Minecraft hasn’t seen much playtime for me over the past couple of years, there was a time when the game really meant a lot to me. Although crafting is often touted as the biggest element in Minecraft, the exploration was always what I wanted to do. No matter how much I explored, it always felt like there was something new to find or a new item to work towards. There’s nothing that captures that feeling quite like Minecraft does.

Conceptually then, Minecraft Dungeons holds some really big potential. A Minecraft experience that focuses on everything but the creation? Sign me up! Thankfully, Dungeons holds up to most of its promises and delivers a sweet and satisfying dungeon-crawling experience, despite occasionally feeling a little bit undercooked.

If you’re expecting some sort of grand tale out of Minecraft Dungeons, you’re going to need to lower that expectation. An outcast illager finds a cube of dominance that gives him control over mobs. Your character then goes after the Arch-Illager and tries to stop them from taking over the world of Minecraft. It’s harmless and sets up the journey well enough, although the Minecraft skeptic in me has to wonder how mobs are even out during the day. 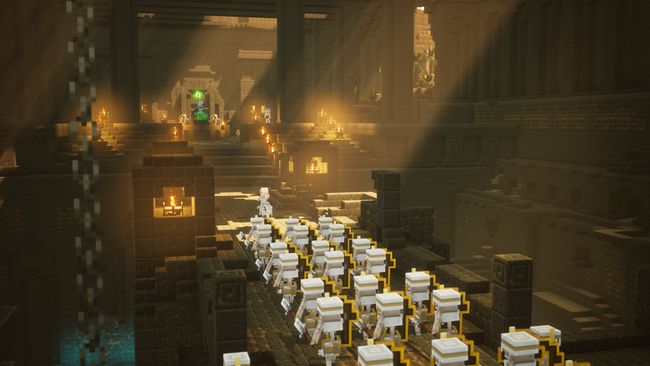 The character customisation is much like the story: simple. Rather than creating a character, you get to choose from a variety of skins. Besides equipping your gear, that’s really all there is to it. This may seem disappointing at first, but it closely ties into how Dungeons handles classes. Put simply, it doesn’t! Instead items and enchantments completely make up your character and how they play, but more on that later.

Before anything else, it really needs to be stated how incredible Minecraft Dungeons looks. Although Minecraft isn’t a complex looking game, Dungeons feels like a love-letter from head to toe and perfectly recreates the Minecraft aesthetic and feel. Even the music sounds exactly like something you’d hear in the original Minecraft. Everything looks like it was made in the most powerful version of the original game before having the camera pointing down on it all. Hearing the familiar sounds sprinkled in like chests opening or villagers and their weird little noises, was really cool as a Minecraft fan, but even the casual players can recognise how faithful Dungeons is.

Loot is the name of the game in Dungeons and it’s mostly a great experience. It retains the amazing feeling you get when you find a unique weapon, and for once, the enchantments you can add to your weapon feel useful. My favourite piece of gear was a fast-firing bow that I enchanted to fire faster per shot and to have the chance of not taking up ammo, and it felt amazing to use. My experience with other dungeon crawlers is admittedly not very massive, but I’d never felt attached to an item before in a way that felt unique to my own playthrough, so props to Dungeons for being the first to do that. 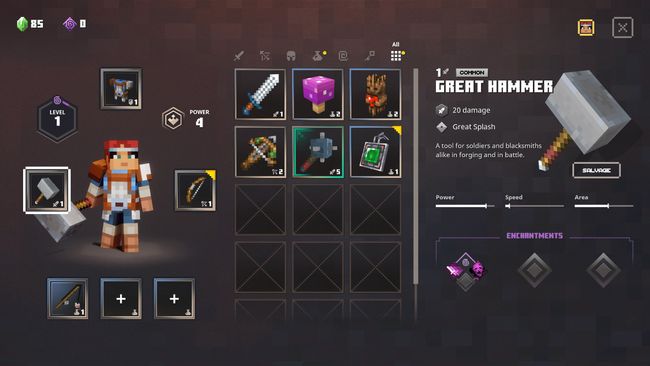 Loot drops definitely need to be increased a little bit though. There are a lot of areas off the beaten track in each level, but it rarely felt like a reward was waiting anywhere. This didn’t change substantially on higher difficulties either, so it feels like something that probably needs to be ironed out within the game’s code. With RNG mechanics, it's difficult to comment too much in case you've specifically gotten unlucky, so I can only say my own experience.

The most surprising thing about Minecraft Dungeons is just how great it feels to play. Movement feels smooth and responsive, weapons have a real kick to them, and mobs ragdoll around after being defeated. Almost all of the levels feel like the perfect length for multiple playthroughs and there’s a real rhythm to everything you’re doing. This fantastic game feels is really what elevates Dungeons from being a cool Diablo homage to something awesome on its own. It's fun enough that being a big fan of Minecraft isn't strictly a requirement either.

Whilst we’re talking about levels, there are some really cool ones here. Each one deals with a different theme or biome, and out of all of them there’s only one or two that aren’t memorable. The Redstone Mines are a particular standout, with the lights of the redstone creating a really cool atmosphere. Since Dungeons places so much emphasis on replayability, it’s great to see levels that are worth playing through more than once. 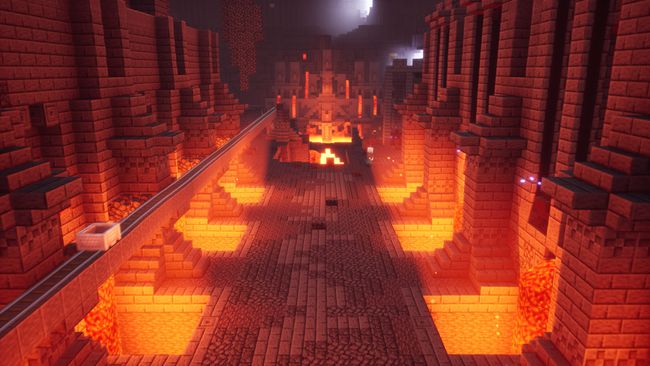 Sticking to the game’s default difficulty won’t give you a challenge till the last few levels, but considering how many options you’re given to make things more challenging, it doesn’t feel fair to regard Dungeons as shallow for it. There’s certainly some challenge here if you want it, but if you don’t then it’s a comfortable journey on your own, and a fun distraction with friends. Most of my playthrough was spent playing on my own, but messing around with couch co-op shows that Dungeons definitely has multiple players in mind, allowing you to be a bit more daring in combat.

If you’re looking past the relatively short first run, Dungeons actually does have a lot to offer players. There are plenty of difficulty levels and secrets to find throughout the levels and it feels like it’s holding off a lot to find for the players that really stick with it. Whether or not most players decide to go through missions again for loot and secrets is really up to them, but I think there’s merit in doing so.

Minecraft Dungeons is enjoyable enough that I will happily check out any new content they add later down the line, even if what’s currently here isn’t gripping me too tight. It definitely feels like a title that’s ready to be supported. This can be viewed in two different ways. On the one hand, it’s a real shame that the game feels a little undercooked now and it probably could have done with a few more unique locations, but on the other what’s here is really good and leaves you wanting more.

This lack of content is what many players are going to consider negative about Dungeons. The secrets are kept secret enough that only the dedicated players will find them, and beyond that all that's really left is replaying on higher difficulties and searching for loot.  This is somewhat helped by the procedural generation of maps, but it never feels substantial enough to the point of wanting to see what changes. Players who get hooked will love this, but casual players might feel that Dungeons lacks value. It's somewhere in the middle in my eyes, as even though I had a fantastic time with Dungeons, I wasn't really pushed to keep playing past the credits.

That’s Minecraft Dungeons in a nutshell though - what’s here is mostly fantastic, but what’s missing feels like it could have pushed it beyond greatness.

Minecraft Dungeons launches on May 26

Minecraft: Dungeons Get A Gameplay Trailer 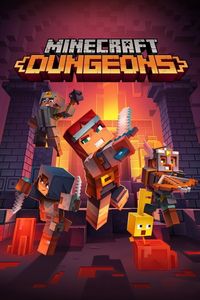