Whether your looking to enhance your items, unlock Weapon Potentials, or pay for that stingy Multi-weapon fee in Phantasy Star Online 2: New Genesis, you're going to want to get your hands on some N-Meseta, that's cash. Some of the fees for enhancement can cost in the hundreds of thousands of dollars. In any case, you'll need money for lots of things, unsurprisingly, so

While you can only do this once, gathering all of Aelio's Red Item Containers will net you about 500,000 N-Meseta on its own, not to mention 50,000 EXP for completing Rossa's Red Containers Side Task. You'll also earn some Capsules and Star Gems this way, not to mention a full set of decent armor. It's worth doing.

Unfortunately, you can only do this once per account. Even if you change characters or even Ships, the progress seems to carry over unless you use a brand new set of login information.

This isn't the most exciting way to earn money, but it's the most typical way you'll do so. Trials are basically dynamic events that show up across the map with a glowing T icon. These end up being basic tasks like defeating a mini-boss, protecting a target, or simply defeating a bundle of mooks. You'll earn 1000-2000 N-Meseta this way each go. It'll add up, and you might also get lucky enough to earn some nice drops for yourself. We recommend completing Trials in one of the game's Combat Sectors (Resol Forest, Mt. Magnus, or Vanford Laboratory Ruins) so that you can also be on the lookout for PSE Burst events.

Urgent Quests are basically mega-Trials on a semi-random timer. You'll know when an Urgent Quest is about to appear when there's a map-wide notification from the Command Center and a bunch of red graphics on your UI and Map. These are definitely worth doing for Experience points especially, but you'll also earn a free 2000 N-Meseta and a decent chance at some valuable drops like C/Pettas Soul II or C/Nex Soul II.

Finish your Dailies and Weeklies

While Dailies are a better source of EXP than N-Meseta, they are still incredibly easy to complete and will earn you about 8000 a day. Not too shabby. Weeklies, on the other hand, are entirely paydays. Weeklies give no EXP, but will net you about 400,000 N-Meseta for not a ton of effort. Note that to get the full amount from Weeklies, you'll have to complete 20 Dailies as well, which takes a minimum of 4 days.

This isn't going to earn you as much money as the other methods, but be on the lookout for Alpha Reactors dotted around the map. These are material items similar to the various ores or foods you'll also be collecting. However, these are only for selling, so go ahead and drop them off at the Item Shop whenever you're in town (or convert to cast from the menu). They go for 3,500 N-Meseta a pop. Don't rely on these, but definitely keep an eye out.

Sell on the Personal Shop

Unfortunately, the last and best way to earn money is limited to players with an active Premium Set, as it requires making use of the Personal Shop, basically New Genesis's Auction House. The Personal Shop has a price floor of 1,000 N-Meseta, meaning even the most common items can hold some value as long as someone's willing to buy.

Note that for any sale on the auction house, you'll be taxed a 10% listing fee. So an item sold for 1,000 N-Meseta will net you 900. Just something to keep in mind.

If you do any sort of farming in any of the Combat Sectors, you'll probably have a handful of these items on hand. These are specific weapons that drop from unique Gold and Silver bosses, particularly from PSE Burst Climax events. They come with the specific Augment called Esperio I/II, which confers more Weapon EXP when used in Item Enhancement. Because of such, these are always somewhat valuable for players looking to boost their Battle Power.

Silver Primm Swords are pretty common, and typically are listed at 1,000 N-Meseta (at least on Ship 1). However, we notice these will often still sell and are easy enough to farm. If you have a handful of them and aren't planning to upgrade your own gear soon, putting them on the Personal Shop is better than dropping them off at the npc Vendor. Gold Primm Swords are more rare and will net a bit more. It adds up pretty quick.

Players looking to get the best augments for their gear will be on the lookout for Capsule items to get the most out of their weapons and armor. One of the best Capsules available right now are C/Dread Keeper I&II, which drop from Dread enemies (their nameplate will have the Veteran prefix). These tend to sell for more than most of the more basic Capsules, and if you don't want to keep them yourself, go ahead and list them on the shop.

Other high-tier capsules like C/Pettas Soul II, C/Daityl Soull II, C/Nex Soul II and third-tier basic Capsules like C/Technique III also sell for a decent amount, so keep an eye out for these as well. Nex Soul Capsules drop from the Nex Aelio mini-bosses in Resol Forest or Nex Veras Urgent Quest, while Dailtyl Soul Capsule drop from Daityl Sword and Daityl Axe, which can be found all over. Pettas Soul Capsules drop from the Pettas Veras Urgent Quest and rarely from other Pettas Sword/Gun DOLLS.

Resurgir Weapons (and other 4* gear)

If you're lucky enough to get a 4* gear drop, indicated by the fancy Rare Drop text on screen, you might be looking at a decent payday. Resurgir Weapons seem especially popular due to their powerful Weapon Potentials, but other 4* gear like Qual De Armor Units or Foursis gear might also sell for a good amount. If you get a piece of gear with a rare Fixa Preset Ability, even better. Remember to get a Rare Drop from a Region Mag's personal boost by feeding it 400 points worth of items ahead of time.

Selling any weapons or armor from Gigantix enemies, or the Gigas capsules can also earn you a good amount of money on the Personal Shop. These include the Straga weapon series and Geant units. 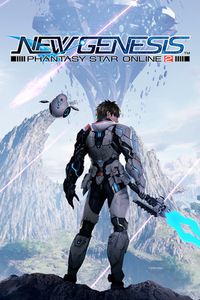