While Nier Automata might be an action-based game developed by the action masters at Platinum Games, it is ultimately still a Square Enix game - and that means it has a bunch of fairly deep RPG mechanics baked in as well. We love that - but you probably gathered that from our high scoring review and from, well, the name of this very website.

One major component of Nier Automata are items and loot, with many of the game's items used for crafting and the like. One such item is the machine core - an item that is filed as a crafting item but is actually designed to be sold in order to make cash fast.

These bad boys can sell for as much as 22,000 a pop in the back end of the game - so it's well worth collecting them and selling them. To do that, however, you need to find them. Allow us to step in and assist... There will be some small location name spoilers below - you're warned. 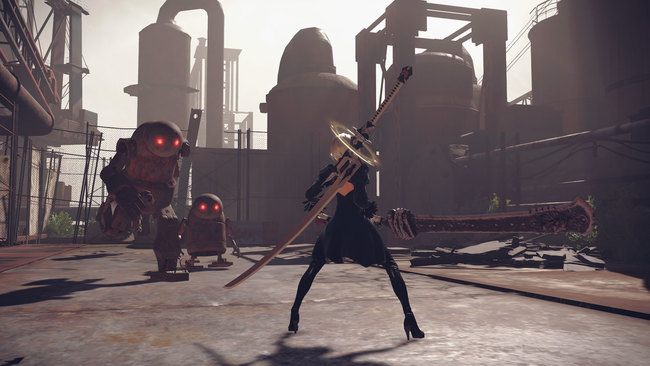 Where to find and farm Machine Core loot in Nier Automata

Machine Cores are a drop from enemies, but they're also a limited drop: the grunt robots you find out in the world aren't going to drop these valuable items. There are a few places and enemies in the game that are actually pretty likely to drop them, however. Here's where you should head to get yourself on machine cores quickly:

Machine cores are also given as set, guaranteed rewards for two quests: the Threat Disposal main quest and the Idiot Savant side quest.

This vaulable part doesn't drop that frequently, but it's well worth taking the time to grind to get some to drop - when you sell them they'll net you an absolute fortune which can then be used to buy new pods and buy some of the best weapons in the game. If you're feeling naughty you can also use the cash to buy trophies - you just have to complete endings A-E first. Trust us - take some time to grind. It'll be worth it.

You can sell your machine cores at any time, and early in the game they will still fetch around 15,000 for each you sell. That's decent, but if you're willing to hold on you can do even better.

As part of the game's 26 endings, you might want to hold fire until you get onto Route C. You can find more information on the different ending routes in our dedicated endings guide. Once you're on Route C the price will rise to 22,000 for each machine core - you'll be rich in no time!

NieR: Automata Guide: All Pod Program Locations - How to get all pods

NieR: Automata Guide: How to get all 26 Endings, including the Best Ending