One of the biggest draws of Shadow of War is the same as that of its predecessor Shadow of Mordor - the Nemesis system. This great little mechanic allows you to build brutal rivalries with orcs across Middle-Earth and see them play out in a procedural, random way throughout your game - no two or orcs and no two game saves are the same in this world.

With that said, the Domination system can look a little daunting and complex, and to get you all started we've put this page together. Here we go into detail about how the nemesis system works and for those of you familiar from Shadow of Mordor, how it's changed. We get into how you dominate orcs to bring them to your side, and the benefits of gaming this unique system in specific ways. Using the nemesis system right can lead to better loot and gear drops (ideal until you get your hands on a unique set like the poem-locked Bright Lord gear) and higher level orcs in your army for fortress battles.

Some people are asking questions about some fairly obvious aspects of Shadow of War like how to save and the level cap, but this is where it gets more complicated. Here's how to dominate Orcs on your quest to conquer Middle Earth as the Bright Lord...

Want more Middle-Earth: Shadow of War help? Check out our other guides: 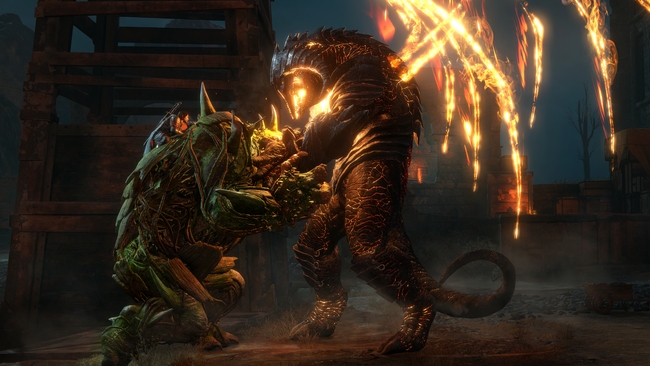 How to dominate enemies in Shadow of War

While it might just be tempting to kill every enemy in sight, remember that your ultimate goal is to build an army capable of going toe-to-toe with the forces of darkness and evil. In order to do that you'll need to use Shadow of War's Domiante mechanic, a game system that lets you bring enemy orcs under your control, essentially enslaving them.

First off you need to unlock the Dominate Skill. The domination skill can be found on Shadow of War's story skill tree, basically meaning that the only way to unlock this skill is to keep progressing the story. Once you've got it, activate Domination by holding Circle / B to dominate your foe. This also works while you're in stealth, for the record.

Basic orc grunts that you've dominated in combat will automatically begin to fight alongside you, while those dominated prior to combat (while in stealth, for instance) can be ordered to attack with a tap of the D-Pad. The 'Drain Child' skill tree offers three upgrades so that draining can instead recover elf shot or health, but the important thing is you'll want to dominate enemy grunts.

One type of orc doesn't even require the dominate skill - they're puny and weak, and so can be mentally dominated without a second thought. These guys are appropriately called worms, and they're marked by green icons on the map. You can also find them by tapping L1 or LB to enter Wraith Vision - they'll be glowing green (why not a cowardly yellow?) making them easy targets. When you go up to these guys, press B or Circle and dominate them - you'll then get the chance to learn about the heirarchy of a fortress and the strengths and weaknesses of the orcs protecting it. Do this - it'll be very helpful.

Once you've got the domination skill once again in the story tree you'll find another related skill: Dominate Captain.  Dominate Captain lets you dominate a Captain who has been broken (with the green icon above their head) in combat. Simply wear an orc down then dominate them in order to get access to this. Weaknesses such as a suseptibility to fire or poison or a fear of spiders can also help to break an orc more quickly, making the intel from worms even more useful.

Captains can be recruited to become part of your forces, or alternatively you can make them run away or continue fighting and so on. This is how you really take advantage of the nemesis system and build rivalries and relationships with orcs, by dominating them as well as beating them silly.

Once again, the command to dominate is the same - Circle or B - and all you need to do is get a captain alone and then activate domination. Remember there are some skills that can also speed up how quickly you can dominate an orc, or trigger domination instantly. Explore those skill trees and try to figure out what the best skills are for you! 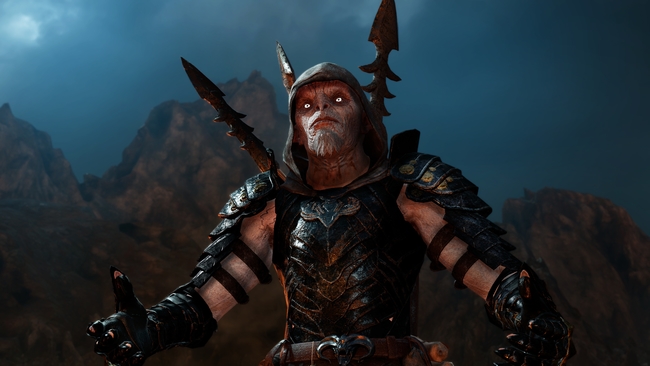 Unlike in Shadow of Mordor, once an orc captain is dominated there's actually a chance that they can turn against you. This can happen out in the open world, with a once-friendly orc appearing and challenging you to a fight to the death. It's a crushing thing to encounter, and then you're faced with a difficult choice: kill the betrayer, or break and dominate them once again to enslave them to your cause once more.

Here's the thing: orcs that have betrayed you once seem very likely to do it again. That means that, yes, a betrayed orc is best killed. You could dominate them and then toss them into the fighting pits in the hope that their death will level up and improve a more loyal orc, however - consider that as an option. More on that...

You can send some of your loyal captains out on missions alone, and you should - it'll make them smarter and more powerful, though it also puts them at risk. You can even send multiple enslaved orcs together in order to give them a better chance of survival if you're sending them off to assassinate a high-level enemy captain, for instance. Completing these objectives will level up your allies, important for protecting your fortresses later on.

You can also use the fighting pits to level ytour guys up - but with this and the above, be careful - if an orc dies, they're gone forever, so be careful with your favourites - but remember of course that whichever orc comes out on top will live on, victorious and emboldened by the win.

Asssign one of your Followers to be your Bodyguard

One of the key skills in the game is the ability to have a bodyguard you can call in to assist you at any time, with some standard-issue cool-down constraints. Any of the orcs you've recruited can be accessed in the army menu and made into your bodyguard - and having one with you can seriously make an enormous difference in combat. Be aware that bodyguards are more at risk of death than most due to their proximity to you, so revive them if they fall in the limited revival period. War Chiefs can also be given bodyguards too - and you should. Chain of command, right? 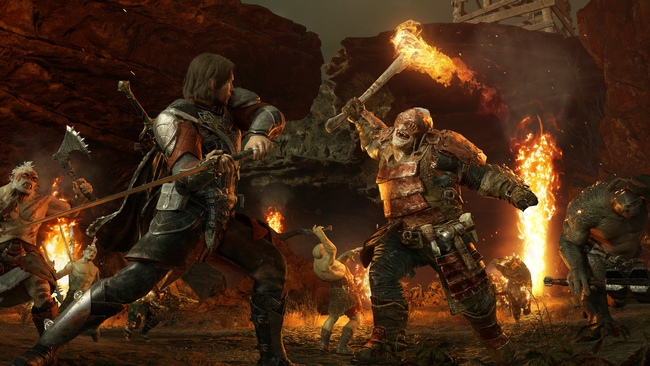 For some reason this is easy to forget despite the fact Shadow of War and Talion aren't as obsessed with health potions as other RPGs - health restoration is important! Don't forget that you almost always have an easy method of health restoration at your fingertips - orcs! Any time you dominate an orc you draw health out of them. This will leave you vulnerable to attack, but there are skill upgrades that speed this process up, too. When out of battle your health still only regenerates a little way, so look out for lone orcs or other creatures such as rats you can drain in order to top off your health.

Orc Captains are your primary method of obtaining new loot in Shadow of War, with each captain dropping some sweet new loot when they're defeated. The loot is random to a point, but the more powerful the captain, the more likely the loot they drop is to be some high-quality stuff. With this in mind, there are a few ways you can try to game the system to get better loot.

First of all, going toe-to-toe with higher level orcs you otherwise might be tempted to run from might net a big reward. Second, orcs who've killed you before will rank up, have new mocking dialogue and will also have better loot drops should you wish to take revenge. Finally, look out for the 'Death Threat' skill, unlocked via the story - this allows you to tell an orc you're coming for them. They'll prepare and take precautions as a result, which will make the encounter harder but also ensure better loot. Keep in mind that you can only have one death threat active at once.

Resurrecting Captains - how to bring back favorite orcs from the dead

If one of your most favorite orcs bites the big one and you're left absolutely distraught, with Talion robbed of a violent and brilliant friend or enemy, there is a chance that you might be able to see them once again - and there's more than one way to do so, in fact.

First of all, killed enemy orcs can be resurrected at random, with those that do making a return in order to dog you once again. In-game this will be marked out as cheating death, with the introduction scene when you first meet them again marking them as having cheated death. In true nemesis fashion they'll be extremely miffed that you (almost) killed them before.

This all appears to be based on a random chance, though it seems like higher level orcs or ones you have a longer, deeper nemesis system history with are more likely to survive death on a whim.

The second way involves spoilers, so read on at your peril. A spoiler break... 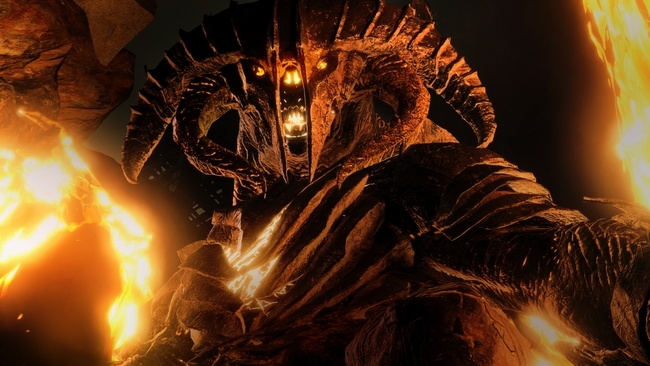 At the end of Act 3 of Shadow of War protagonist Talion gains the power of the Nazgul. This gives him a major new ability: raise dead. This ability basically lets you lift weaker grunt soldiers back from the dead and have them fight for you in a dominate fashion.

Among the best skill upgrades in Shadow of War is an upgrade to raise dead, Undying Loyalty. This upgrade can't just be purchased and isn't tied to Talion's level but is instead earned through a side quest activity: the fight pits in Minas Morgul. Battle your way through here and defeat the champion - your reward will be the ability to purchase and then use the undying loyalty ability.

On the battlefield, popping this ability will let you get close to an orc on the battlefield, pop the ability and see them raise from the dead. They'll be a lower level than when they died and will never be able to level up again. Since they're undead they also become more vulnerable to fire. This still might be better than losing a particularly beloved captain, though - so if one you love hs died, give orc resurrection a try through the raise dead and undying loyalty abilities.

Get a glimpse of the expanded Nemesis System in Middle-Earth: Shadow of War 'Orc Tales' Trailer