Middle-earth: Shadow of War Best Skills Guide: our picks for the best upgrades

How Middle-earth: Shadow of War largely lets players approach the game in their own way remains perhaps its greatest success. Whether stealthily executing Captains, charging around on a slobbering caragor, or picking your enemies off at a distance with a bow, it freely lets you adapt to whatever mood you're in.

It also means that it's hard to know which are the best skills to choose when levelling up and earning skill points, seeing as there are 124 to consider. Well, you're in luck, as we're here to help - so let's talk about the best skills in the game...

Want more Middle-Earth: Shadow of War help? Check out our other guides: 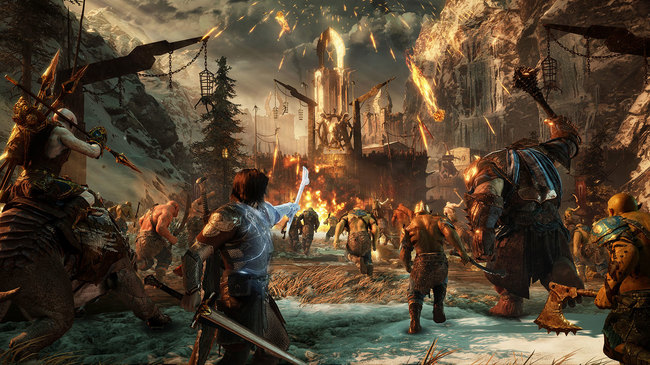 Shadow of War: The Best Skills for Talion to use

In the interests of making this page easy to read, we're going to break it down to each section of Talion's skill tree and cover what we think some of the best skills and skill upgrades are.

Do try to remember that Shadow of War is very open-ended: there's no such thing as a bad build or best build, but Talion can benefit from you knowing what sort of play-style you want and maximizing your abilities in that particular direction. Consider our suggestions, plus the rest of the tree, then design your perfect build for orc smashing.

Seeing as you will be spending most of your time swinging your sword at Uruk-hai, it's worth allocating skill points to unlock the best Combat skills. Execution will become an increasingly important skill which, if you haven't guessed, will let you perform an execution once your Might is full. This helps you take out Captains more easily as it will take a chunk of their health, and, once low enough, will let you sever their limbs or decapitate them to land the killing blow. With the Grim Resolve upgrade, you can gain Might whenever you take damage to help deal with trickier encounters.

And then there's the Perfect Counter skill that will see well-timed Counters - which is when the prompt flashes blue - knock down enemies. This really comes into its own when you unlock the Fatal Counter upgrade, as, rather than knocking them down, any well-timed counter will let you instantly kill enemy grunts. This doesn't work on Captains or Beasts, but it's invaluable for whittling down overwhelming groups.

Another helpful skill is Retaliation. When your health is depleted and you enter the Last Chance opportunity, successfully hitting the right button prompt will let you instantly kill the enemy that is targeting you. However, this won't work against Captains, graugs, or drakes. If anything it's worth having to then unlock the Adamant upgrade, as this will lend you an additional Last Change attempt - something that you will rely on as you encounter higher-level Captains.

The Predator Skills are suited to those that like to play stealthily. Poison Tendril will let you poison grog barrels from afar, which can be useful for taking out enemies without the risk of raising an alarm. But, it is the Wraith Chain skill that soon I found to be the best skill. When performing a stealth kill, this will let you consume Focus to take out an additional enemy. Throw in the Shadow Blade upgrade that allows your first chained stealth kill to not consume any Focus, and you can soon take out a group of four or five enemies before they even have a chance to grunt at you.

Elven Agility will also help you get around Mordor while travelling on foot, seeing players hold the A (or X) button for a burst of speed when leaping over objects, landing, or climbing. And, when clambering up tall structures, you can hit the same button to launch you upwards. The Silent Runner upgrade is worth considering, as it will mean that your footsteps when sprinting won't make a sound - useful for sneaking up on Uruk-hai more quickly.

Now, Ranged skills. The best choice here is Bird of Prey. This feels very familiar after playing so much The Legend of Zelda: Breath of the Wild - this lets you hold the Left Trigger (or L2) to slow time in mid-air and let loose an Elf-shot at your enemy. It's slick, even if unnecessary. You could consider the Talon Strike upgrade, which will let you use an Elf-shot to strike the ground with a damaging blast - stunning nearby enemies.

The Shadow Strike skill is also unbeatable. This will let you aim at an enemy and then instantly kill or stun them. It will consume an Elf-shot, but is something that I came to rely on when going up against tougher Captains to steadily chip away at their health. The upgrades are also impressive: Chain of Shadows letting you chain your attack to additional enemies in a similar way to the Wraith Chain skill; Shadow Strike Pull, that lets you pull an enemy to you to kill or stun them; and Shadow Dominate, that lets you jump to an enemy's location to instantely Dominate them. 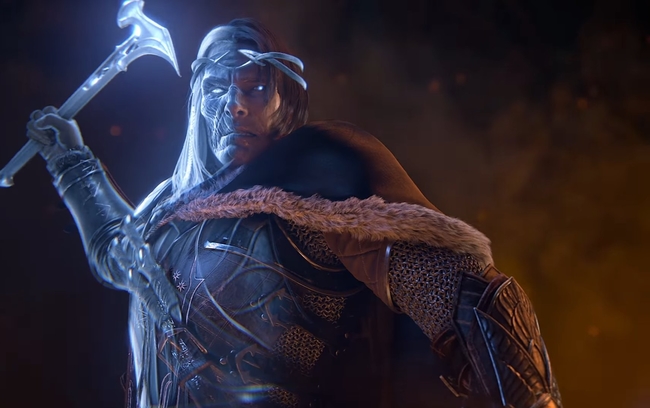 The Wraith Skills more prominently call on Celebrimbor to aid you in battle. The Consume skill is an early contender for your attention, that, once your Might is full, will let you Drain an enemy quickly to restore your health by pressing the A + B (or X + Circle) buttons. Throw in the Chain of Souls upgrade, and this can be used on multiple targets at once.

The Ice Storm skill is also important, letting you freeze an enemy to then unleash a flurry of sword strikes on them that, in turn, will help build your Might. The Shower of Ice upgrade will let you freeze all enemies in front of you with a higher Hitstreak widening the area of effect, whereas the Frostbite upgrade can see the final blow in your sword strike flurry cause a Critical Strike - helpful for dealing more damage to Captains.

Elven Light will help you deal with busy combat situations, the player pressing the X + A (or Square + X) buttons when their Might is full to slam the ground, unleashing a powerful blast to stun and blind nearby enemies. You can choose an upgrade from Cleansing Blaze, Winter's Breath, or Poison Blast to add elemental effects to this - whether that be fire, ice, or poison.

Here comes my favourite part, Mounted skills. These require some patience and story progression, with players early on allowed to unlock skills to ride caragors and then graugs. But, Middle-earth: Shadow of War really comes into its own when you have the chance to unlock the Dragon Rider skill. This will let you Dominate and ride a broken drake, soaring over Mordor and breathing fiery flames down on your enemies. The Scales of Iron upgrade will let your drake take less damage from ranged attacks, which is your best option.

And then with the Call Mount skill, you can unlock the Dragon Song upgrade that will let you summon a drake whenever possible. This not only helps your traversal, but I also found it was a great help in Siege battles to damage the groups of Captains that rampage into your fortress.

Story Skills makes these sound like they become available through progression, and, while they are, the player is left to unlock them and explore their upgrades. The Drain skill can receive the Bright Lord's Wrath upgrade, which will let you fully recover your health and gain Wrath whenever you Drain or Dominate an enemy. As the battles become tougher, later on, this is easily the most important upgrade to get.

And then there's the Shadow Strider skill, which, on its own, will let you press the A (or X) button to double jump. This is helpful for covering wider gaps, but it is the Hammer of Eregion upgrade that we're really after. This will let you temporarily freeze an enemy after you have vaulted over them, which is particularly useful for taking out the meaner Captains that Middle-earth: Shadow of War throws in your direction. (Even if some of them may be Frostproof.)