South Park: The Fractured but Whole Cat Locations: where to find all the cats for the scavenger hunt quest

South Park: The Fractured But Whole is absolutely full of collectibles that take all sorts of forms - and one of the major collectible items scattered throughout this virutal, crude papercraft version of Colorado is... well, er, cats. South Park series staple Big Gay Al has lost all of his cats, and if you find them there's a bit of recognition in it for you - and it'll also tick the side quest Scavenger Hunt: Big Gay Al's Big Gay Cats off your quest log.

As a reward, this quest will net you the Feline Costume Set and the Snowcat Costume Set gear - ideal for your ongoing quest. You'll have to find the cats first, however. 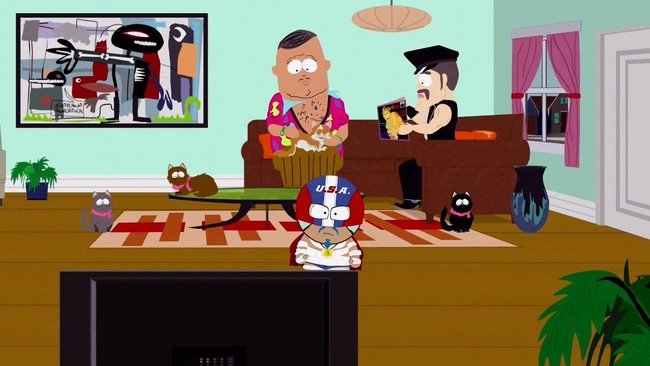 Below we list all the cat loactions - but keep in mind that you'll need the Pause Timefart to even tackle this quest, and it won't actually unlock until you have it. If you can't find a cat in the area we indicate or if you spook it away, use the Timefart Rewind skill to bring the cat back to where it's supposed to be, then try to catch it again.

In order to find Big Gay Blossom you'll need to head to the ruins of SoDoSoPa, the ill-fated South Park devleopment project. It's an absolute wreck now. There are a few steps to find this cat:

For Big Gay Bogie you'll want to head to the north-eastern end of town. Once again you'll need to move the man out of the way, blocking him so you can pass. You also have to do this for some of the memberberries. Here's how to do all that...

This cat is an easy one to find - Big Gay Bono hasn't gone far from the main town, and can be found easily enough and with only a quick one-two skill combination.

Big Gay Kirby is hanging out near Bebe's house, which also happens to be where you find a memberberry.

Loki might well be scared of heights, as this cat isn't even up in a tree or the like. It's just hanging out on the outside of the closed-up South Park Mall. If you get too close the cat will get spooked and run away, so use Timefart Pause when you're close enough that you can run up and grab it before it runs. Simple!

The final of Big Gay Al's cats is Big Gay Shadow, and it can be found just to the West of the playground and on the snowy area in front of the movie theatre and Tweek Bros. Coffee. It's hanging out in a bush. Like Loki, it's not in a tree or the like - so simply get as close as you can, then use Timefart Pause in order to rush in and grab the cat to return it to Al. We're done! 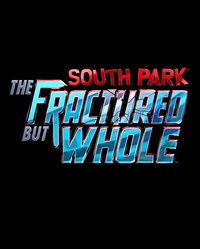