Like any good CRPG worth its salt, Pillars of Eternity II: Deadfire is all about the stats under the hood, and the decisions you make when leveling up your party of adventurers will seriously change the way your experience plays out.

There's more to leveling than just that in Pillars of Eternity II, however. POE2 has an optional level scaling setting that'll significantly change how the game plays. On top of that every character level carries perks and bonuses to growth - and if you go wrong you can quickly respec and adjust your characters to change your approach - but you'll need to know how both work. On this page, we give you a quick primer to both - plus we reveal the maximum character level for those who want to plan ahed. Let's get to it!

Once your Pillars of Eternity 2 Deadfire party good to go, here's tips for other aspects of the game: 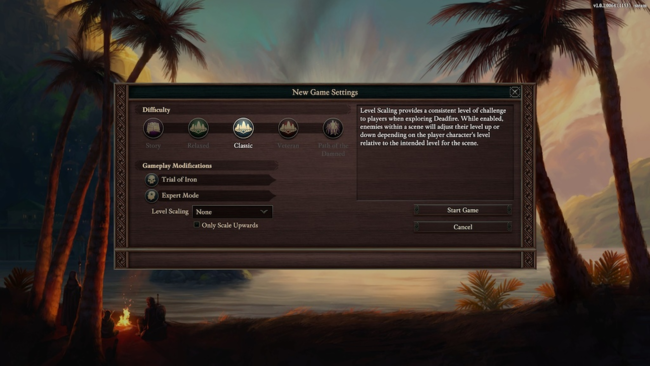 Pillars of Eternity 2 Deadfire Level Scaling: how it works and what options to choose

One of the first decisions you'll face in the world of Pillars of Eternity 2 is if you want to turn on or off the Level Scaling. This option is surfaced to you alongside the main difficulty selection of the game, and it determines if the world around you grows alongside your character or is more rigid. The in-game description reads as follows:

'Level Scaling provides a consistent level of challenge to players when exploring Deadfire. When enabled, enemies within a scene will adjust their level up or down depending on the player character's level relative to the intended level for the scene.'

Essentially, this means that level scaling will work to subtly make your POE2 Deadfire experience slightly more or less difficult depending on your character and party level. It does this by scaling up or down the level and thus the strength and durability of the enemies you'll face, making them harder or easier as necessary. Level scaling won't make everything conform exactly to your level, but it'll work to ensure that enemies intended to be difficult will always be difficult and enemies intended to be swatted away can be without you breaking a sweat even if you're behind the intended curve.

By default level scaling is turned off in Deadfire, though you can turn it on to ensure you have more or less of a challenge.

There are a few options attached to this: scaling only Critical Path missions so that side quests are untouched or scaling absolutely everything. There's also an option to set so that levels only scale up, not down, so that stops late-game content from being softened for a low-level, too-early completion.

Generally speaking we at RPG Site think the default setting - with level scaling off - is fine. It's a great way to reduce the challenge in certain instances if you find things too stressful, however, and it may even be preferable to some players over turning down the difficulty level in general. Setting the option to only scale up will ensure you never reach an island that you can truly stomp out without even trying. 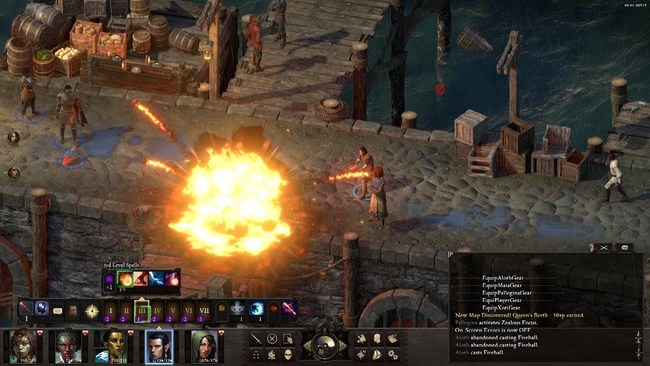 Each character in Pillars of Eternity 2 Deadfire can level up to the maximum level cap of 20. That's your level cap. Within those 20 levels there's a lot of customization you can deploy and a lot of choices to make.

Leveling up will also earn you both Empower Charges as well as Weapon Proficiency points at certain intervals. Empower Charges are a resource that are replenished with resting that can either be used to refill your resource pool (such as Guile for Rogues) or increase the effectiveness of other abilities. Weapon Proficiency will give the player an alternate wield mode for each type of weapon they are proficient in, such as increased Penetration on Sabers at the expense of slower recovery time. Certain abilities will also only work on weapon types that a character is proficient in.

Here's where you'll earn each type of stat upgrade as you level up, to help plan your build: 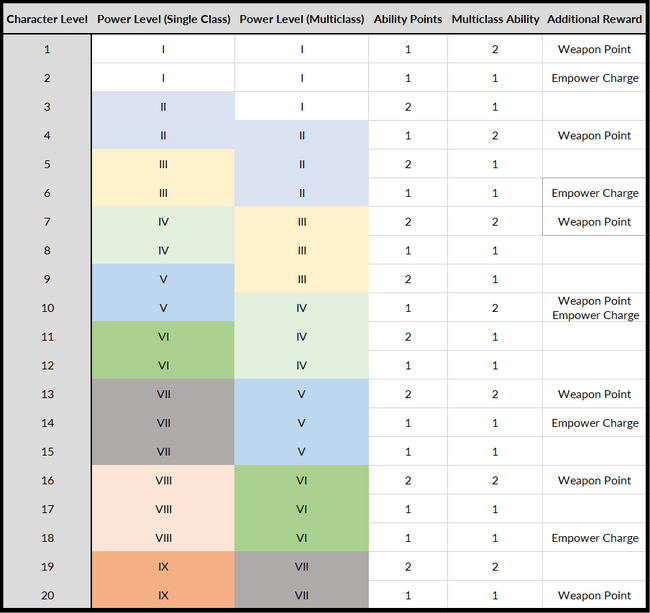 Pillars of Eternity 2 Deadfire Respec / Retrain: how to reset your character stats

In order to respec in Pillars of Eternity 2 Deadfire, all you need to do is head to a merchant. Pretty much any merchant in the game will be able to help your characters to forget everything they know so that you can start over - but it will cost you.

Being tied to merchants means you'll need to wait until you reach Port Maje Harbor, where you encounter your first merchant, but after that you're free to do it any time you like so long as you can afford it. The higher a character's level, the more expensive it will be to respec them.

Just hit the retrain character option in the merchant menu and then the character you want to reset - at that point you'll be able to pay up and then reallocate any skill points you've earned and spent up to that point. A respec only allows you to reset your skills - it can't be used to change class - that's not available as an option at all, sadly.

Pillars of Eternity II: Deadfire Blessings and Achievements Guide - how to get Berath's Blessings