Hyrule Warriors Definitive Edition amiibo: what amiibo do in the Switch version and how to use them

Given that it's a port of a Wii U and a 3DS game, it's no surprise that Hyrule Warriors Definitive Edition features a little bit of amiibo support - those systems first introduced Nintendo's toys-to-life (or more often, toys-to-unlockable) brand, and though the support isn't identical you can still use amiibo figures to give yourself a leg up.

On this page, we'll explain how amiibo work in Hyrule Warriors, how to use amiibo, and what you'll get for using amiibo. All of this information is specifically for the Nintendo Switch version of the game, so keep that in mind - the setup for amiibo is slightly different to on the previous platforms. Also, keep in mind that amiibo figure unlocks are directly impacted by which characters you have unlocked, so make sure you've got all the characters you want bonuses for unlocked. Anyway, here's how amiibo work in Hyrule Warriors Definitive Edition... 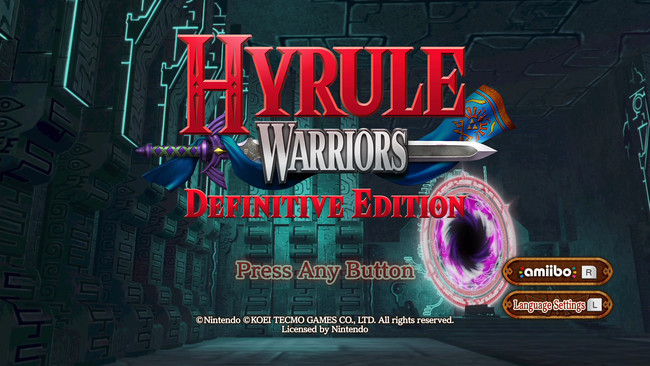 Hyrule Warriors amiibo: how to use amiibo

It's easy to miss the option to use amiibo in Hyrule Warriors Definitive Edition - it's found on the start screen, but only after you've actually played the game some. Like unlocking the majority of the cast of characters and getting to options like the My Fairy Mode, you'll have to progress through at least the first story option for the amiibo option to appear on the main menu.

Once that's done, however, head back to the main menu. This obviously appears when you boot the game naturally, but you can also get to it by pressing the B button from the main menu. From there press R to access the amiibo menu - that'll cause a prompt to appear that'll tell you to tap whatever amiibo you want to use.

Be warned: you can only tap five amiibo per day in Hyrule Warriors, and you can only use any individual amiibo once per day. The bonuses also differ depending on the amiibo you're scanning - so let's get into that...

Amiibo come in two categories in Hyrule Warriors Definitive Edition on Switch - the Zelda series themed amiibo that offer greater bonuses (though confusingly, this doesn't include every single Zelda series amiibo, as we'll detail below), and everything else.

Hyrule Warriors is basically compatible with all amiibo - Smash Bros, Mario, Animal Crossing, Metroid and so on, but the Zelda stuff gives the best bonuses. Here's how it breaks down:

Here is what counts for that desirable first category of amiibo, as higher rank weapons are fairly hard to come by in Hyrule Warriors:

The Legend of Zelda Breath of the Wild Series Amiibo: 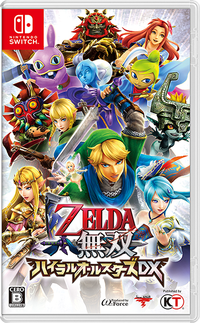