Veteran Pokemon fans will remember having one poor Pokemon on their team known as the 'HM Slave'. This Pokemon was forced to learn the Hidden Machines, generally mediocre moves that you had to learn in order to successfully travel the world of Kanto. In Pokemon Let's Go Pikachu and Pokemon Let's Go Eevee, these techniques - Surf, Fly, Strength, Cut and Flash - have been replaced with Secret Techniques.

HMs have been on their way out for the last few main-line Pokemon games now, and despite Pokemon Let's Go being largely based on Pokemon Yellow, Red, Blue and Green, the HM system is one of many that's been thrown out in favor of something more easily usable - the Secret Techniques. These techniques are learned as an exclusive extra for your starter, like their exclusive partner Pokemon moves, but not for battle.

So - if you're a veteran Pokemon Trainer wondering where Cut is to chop down those pesky bushes or how to get your hands on Fly to dash from town to town, here's the new secert techniques that replace them - plus how these techniques have a significant impact on Fishing.

Before we get started, it's important to note that you will encounter all of the secret techniques naturally throughout your journey through Kanto in Pokemon Let's Go. If you're worried about missing one, however, here's where they're found, plus what original HMs they correspond to in previous Pokemon games: 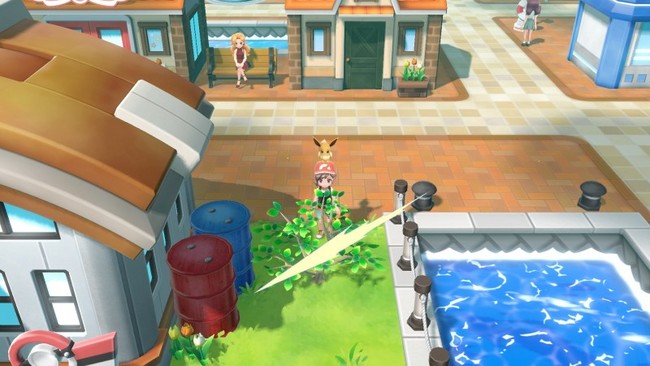 Chop Down (Cut HM) - for cutting back pesky bushes

Chop Down is the new move replacing the Cut ability, and allows you to cut down the trees you see blocking the path to extra side areas filled with loot and even to later areas of the game.

At a point in the story you'll board the ship the S.S. Anne. On board the ship make your way to the Captain's Quarters and speak with the Captain - he'll teach you how to use the secret technique Chop Down, annihilating trees without taking up a Pokemon move slot. 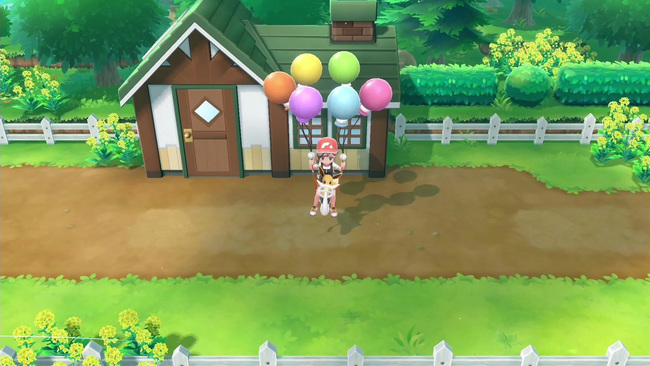 Sky Dash is this game's replacement for the Fly ability HM, and instead of flying on a Pokemon it gives you a cute little balloon-powered vehicle you can use to get from town to town quickly.

In Celadon City the story will have you storm Team Rocket's HQ inside the Game Corner. Once you've done this and beaten the boss Giovanni, leave the gaming Corner - there's a new guy outside with a machine that has lots of Baloons attached. Chat to him and he'll teach you Sky Dash, aka Fly. 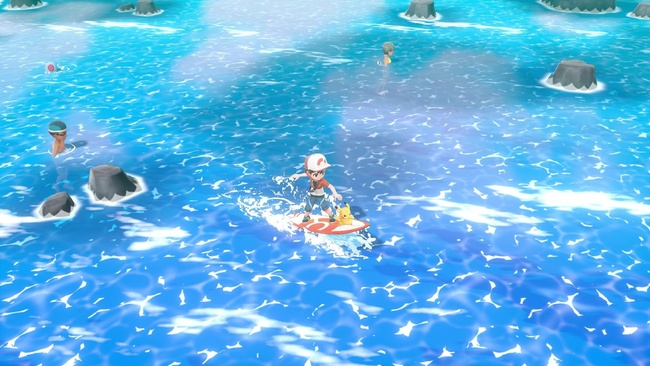 Sea Skim (Surf HM) - a replacement for the Fishing Rod

The Sea Skim ability is the replacement for Surf, allowing you to ride the Kanto seas and rivers. In Pokemon Let's Go, it takes the form of you riding a Pokemon on or over the water.

Grab this secret technique from Fuchsia City, near the Pokemon Go Park area. There's a man with a Surf Board and a Lapras - two references to Surf in Red, Blue, Green and Yellow. Talk to him and he'll teach you the Sea Skim secret Technique.

This is a great technique used a lot to advance the story but also to reach optional content like the power plant and Zapdos.

As an aside, there's no Fishing Rod in Pokemon Let's Go - but instead, Sea Skim replaces this key item. Because there's no random encounters, the Fishing Rod system is made redundant. Instead, to catch water Pokemon you need to wait until you have Sea Skim, then get out onto bodies of water and move around. Pokemon will spawn just like on land, and you simply have to touch them to initiate an encounter. This allows you to build up catch combos and go shiny hunting just as you would on land.

Strong Push is the rather cumbersome new name for the Strength HM ability, and lets you move large objects to clear new pathways for you out in the overworld, great for dungeons and exploration.

Once you reach Fuchsia City, head to the south area of town, below the Pokemon Center. Team Rocket aree there and will be up to no good on the beach. They hand you some Gold Teeth. Take them to the Warden in the Warden's house (down and to the east from the Pokemon Center) and the Warden will teach you this secret technique.

Light Up (Flash HM) - let there be light

This one is really obviously pointed out to you in the main story - Light Up is the replacement for the vital Flash HM. Flash lets you light up dark areas to make them traversible and explorable.

To get Light Up, you just need to follow the story path, leaving Diglett's Cave and heading to Vermilion City for the first time. You'll see Oak's Professor hanging out by a house - he invites you inside, then teaches you the Light Up secret technique.