Pokemon Sword and Shield feature many of the same egg breeding and stat inheriting systems as the past - and that means you'll want some items like the Destiny Knot, Everstone and Power Bracer, Belt, Lens, Band, Anklet and Weight in order to manipulate the stats of the Pokemon that hatch from your eggs.

Before you start getting into the Pokemon breeding game, you'll probably want a Ditto so that you can breed Pokemon that you can only obtain once, like the Starter Pokemon or Charmander, or those that are difficult to obtain. We've got details on where to find and catch a Ditto if you need it. Sadly, for the record, you can't breed Sword and Shield's Fossil Pokemon.

Why do we consider these items 'Breeding Items'? Well, while they have a useful utility for Pokemon in battle (and we'll detail those effets and uses here alongside the items), a lot of Pokemon players will primarily use these items in combination with Pokemon breeding at the Pokemon Daycare to achieve better results with the Pokemon that hatch from their eggs.

All of these items have an impact on Pokemon stats when they level up or just in battle in general  - but where they have a most profound impact is when you breed with a Pokemon that's holding that item. Through this some effect relating to the item is passed down from the parent to the child Pokemon, and that ends up having a big impact on breeding. Here's the items, what they do, and where to grab them: 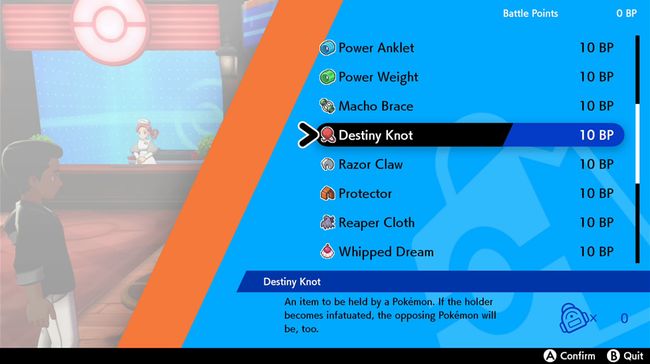 Here's the effect of the Destiny Knot when this key item is held by a Pokemon:

In order to get your hands on the Destiny Knot, find it at the Pokemon Center in Hammerlocke, for sale from an NPC. It costs 10BP - but BP is the currency you earn in the Battle Tower, so you'll need to become Champion, hit the post game and go to the Battle Tower before you can get this useful breeding item.

Here what the Everstone does when it's held by a Pokemon:

To get an Everstone of your very own, head to Turffield. This item is available from early in the game, as soon as you first visit Turffield as part of your gym challenge. Look for a hidden item to the right-hand side of the town on a dead end against some rocks. It'll be glistening, as hidden items do in this game. 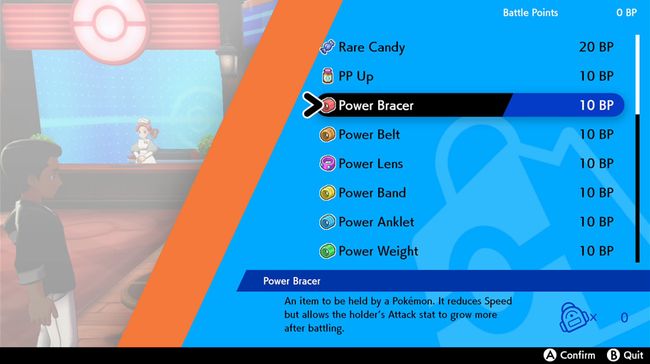 Rather than one item, this is actually a cluster of six similarly-named items that all have similar effects both in battle and in breeding. In Battle, each 'Power Item' raises the EVs (effort values) by 8 when they grow so long as the item is held - but the Speed stat is lowered in battle as a result. The official description it as follows:

"An item to be held by a Pokémon. It reduces Speed but allows the holder's [CATEGORY] stat to grow more after battling."

Here's what stat each item helps to grow, per each item:

All of the Power-series items are available to purchase at the Pokemon Center in Hammerlocke - but like the Destiny Knot, you'll have to unlock the Battle Tower first. To do that, finish the gym challenge and become champion in order to unlock the Sword and Shield post game - at that point you'll be able to take on the battle tower, earn BP and buy these items. They cost 10 BP each.