All the Kingdom Hearts game in one box.

New Kingdom Hearts to be Revealed at E3?

Tetsuya Nomura announces he will be bringing a new game to this year's E3.

The recent rumours from Japan that Kingdom Hearts is set to hit the Nintendo Wii has sparked excited speculation across the web. One man who feels the series is tiring discusses how a Wii sequel could potentially save the series from becoming a bore.

Final Mix confirmed to include FULL Chain of Memories remake. 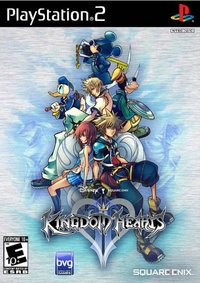