The Vita may not have the highest enrollment rate right now, but can this expanded RPG port fill in some seats?

Hardcore SRPG gaming on the go!

40-plus new screens of the Vita SRPG in action.

When Nippon Ichi releases screenshots, they release a lot of them. A lot.

Check out the visuals of the Vita port of Disgaea 3 - in English! 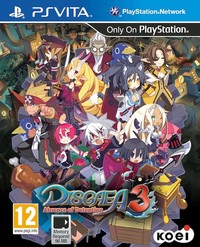